Dobie Jr. High Cheerleaders Are Back 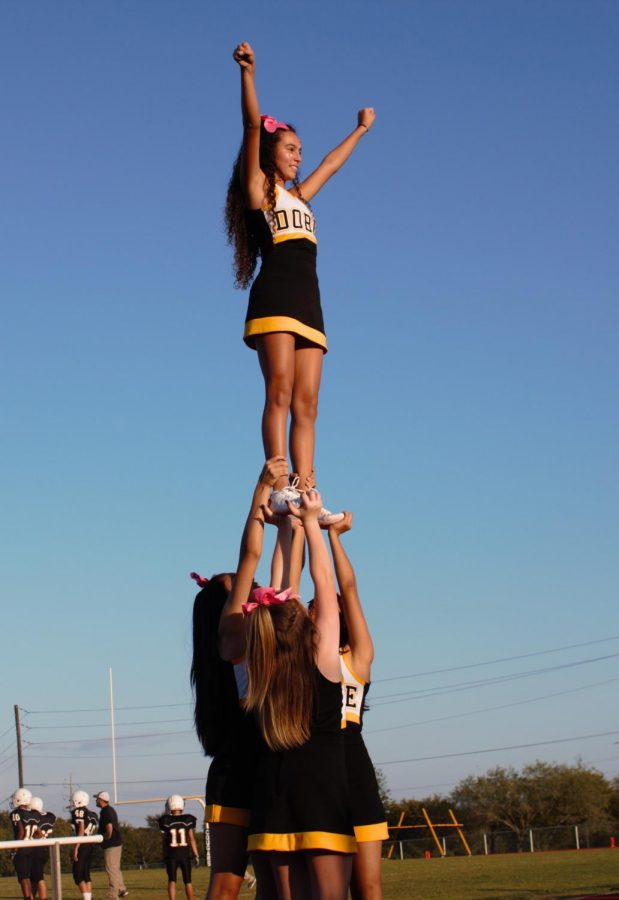 As Dobie Jr High cheerleaders take on the track, their hearts are racing with excitement and the feel of nervousness going through their bodies. Their first game was September 21,2017.

“Everybody is so welcoming because I am the only boy on the team” says David Staton, 8th grade.

The cheerleaders have worked very hard for the spot on the team. They cheer on and represent our school, along with the other teams.

“And it’s much more than just cheering on our school, you have to have the mental toughness, and the strength to flip and stunt”, says Staton.

Amara McCollum is one of the 7th grade cheerleaders and is a back spot. “I like being on the cheer team because we have so much fun and I feel like I can be myself around the team.” says McCollum. “I didn’t want to just do competition cheer and wanted to try school cheer.”