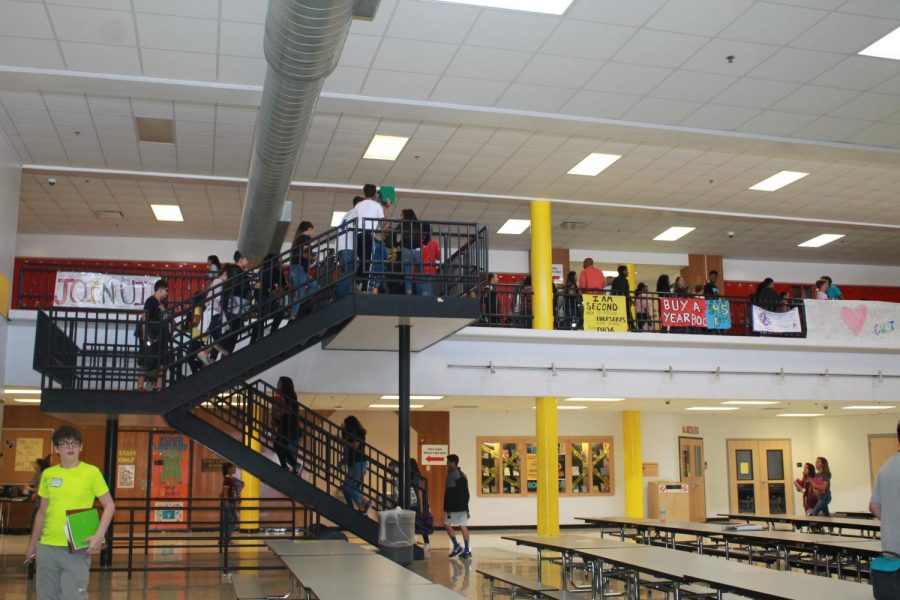 Students hurry to their next class

When you get to school you think you’re going to make it to your classes on time, but everybody has to go to their lockers to put their backpack away. People think they have enough time to get from one class to another but when everybody is running it causes more chaos.

Ms. Kretsinger teaches eighth grade language arts. “When the doors fly open, it scares me that somebody will get seriously injured.’’ said Kretsinger.

Students have eight minutes to get to first period but for the rest of the day they have five minutes . When the bell rings students fly out of every classroom trying to get to there next class. If students get to their next class after the bell, there teacher has to give them a tardy. After so many tardies, the teacher has to give that student the consequence next on the list.

Many problems about passing periods is the main stairs in the cafeteria. Students have a difficult time getting to class on time. Leah Parker, 7 grader,“ I have a really hard time going down the stairs, everybody wants to go at their own speed and slows down everything.” says Parker.

Students run through the halls to get to their classes and they don’t have manners. Everybody rushes to there classes while teachers have to yell at them because it’s so loud in the hallways. Teachers have to stand out in the hall just to have an eye, in case an accident happens.

In the halls there are some spots that are blind spots, that means when somebody comes around the corner, you might run into somebody. One major spot is upstairs going into the c-wing. A Lot of people almost run into each other and can cause an accident.