The background of Dobie 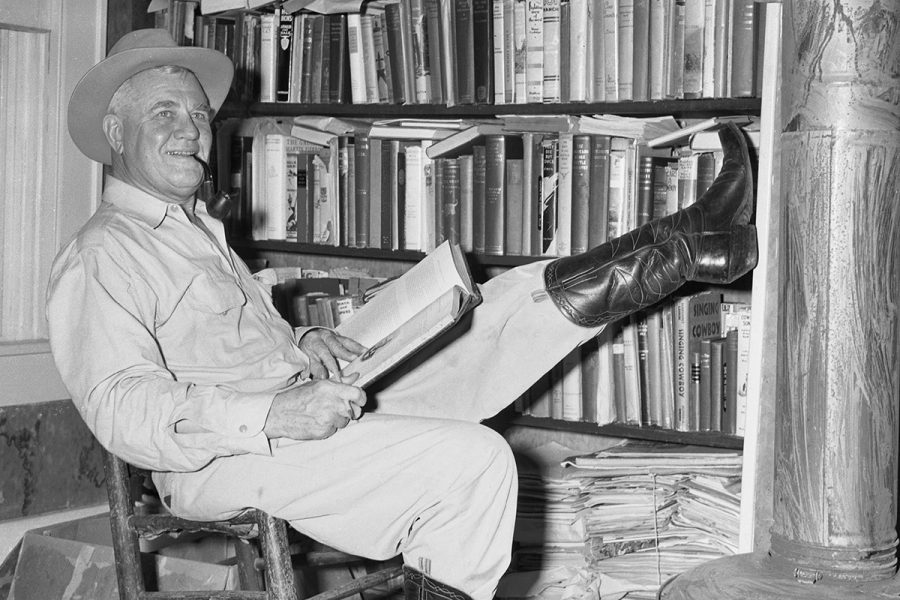 According to the Texas State Historical Association website, J. Frank  Dobie was born on September 26th, 1888 in Live Oak County Tx. He was the oldest of Richard and Ella Dobie’s children. He lived on a ranch with his family then at 16 moved to Alice, a small South Texas town, with his grandparents and finished high school.

When he got older in 1906, he enrolled at Southwestern University where he met Bertha Mckee, then would soon marry in 1916. In 1910 he got his first teaching job at Alpine where he would be the Principal, editor of the school’s newspaper, and would be the play director. Years later in 1911, he moved back to Georgetown and taught in the Southwestern University where he went to college at but he was only there for a little bit when he went to Columbia to get his masters in 1913.  He left the Columbia and went to go serve in World War One for 2 years.

During the war, he published his very first articles.After World War One, he got his job back at the University in 1920 to keep his uncle Jim Dobie’s ranch. In 1921 Dobie went back to Austin and university. On April 1, 1922, he became secretary of the society. He was a secretary’s editor for 21 years and when the University wouldn’t give him a promotion and accepted a job at Oklahoma A&M and stayed there 1923 to 1925. After 2 years he began his writing career and started writing about Texas history and folklore, then soon publish his first book called A Vaquero of the Brush Country.

His book was published in 1929 and his second book Coronado’s children in 1931. His second book got a Literary Guild Award. He published a lot more books in his years. He went to go teach during World War Two and after the war, he kept working on his writing career. He wrote about  52 books in total and the last book he wrote before he died was Cow People and it was published in 1964. He died on September 18, 1964. He was an amazing author and won a lot of awards for it.