Dobie’s No Phone Rule is controversial 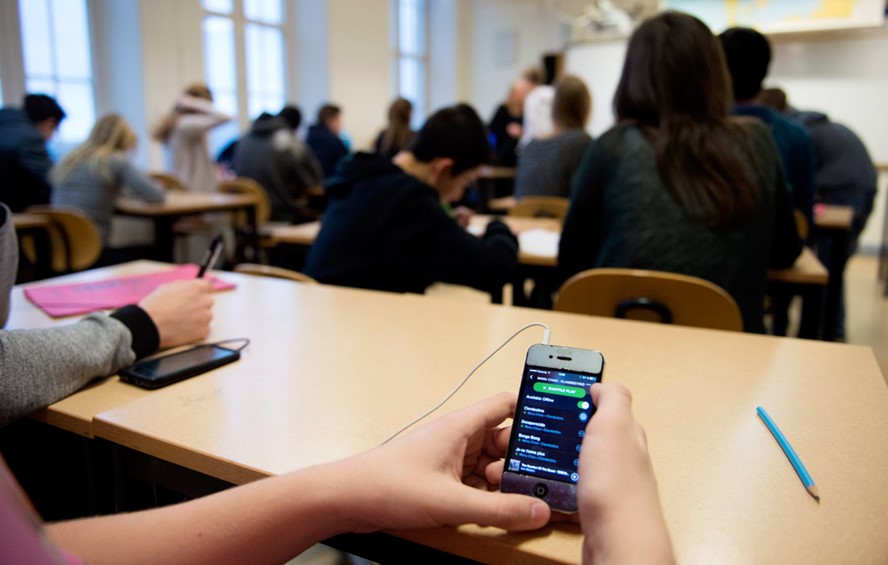 Shelby Wilson, an 8th grader at Dobie Junior High stated her opinion on the no phone rule. “I like it because nobody is on their phone, and I don’t like it because I think we should at least get it during lunch. I feel that we should listen to music while we are working,” said Wilson. Alyson Rios, an 8th grader at Dobie Junior High agrees. “It’s sometimes helps people focus,”said Alyson.

Rios stated how she felt about the rule and she was disappointed.  “I’m addicted to my phone” said Alyson therefore she dislikes the no phone rule. She would also like to listen to music as well. “Music is everything and it’s peaceful” said Rios.

Rios felt that it is not fair to get on your phones at lunch, as Rios puts it, ”Because last year the 8th graders were causing the problems, so not to have the privilege is basically blaming us for what happened last year in the cafeteria.” Since the middle to the end of last year phones were banned, before that we got to get on our phones before school, in the cafeteria, and at the end of school.