Editorial: Dobie Jr. High’s first play of the year will be exciting

The play is called 10 Ways To Survive The Zombie Apocalypse. 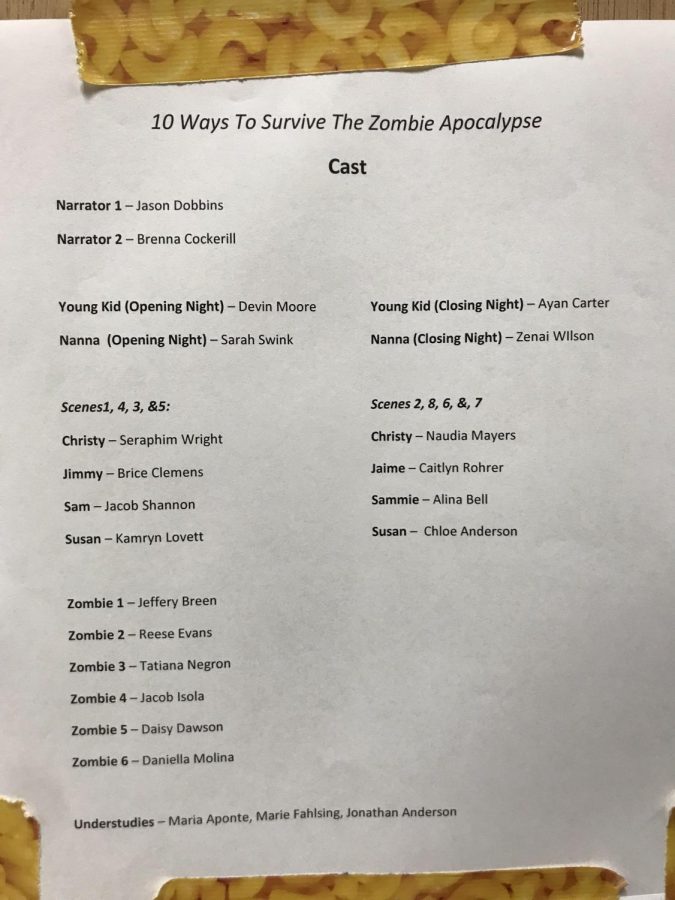 The first play of the year is going to be about zombies. A lot of Dobie students are very excited to audition for this play and watch the performance. Auditions were held Thursday, September 28. With this being the first play everyone is nervous for auditions.

This play is only open to eighth graders because Mrs. Chitta, the new theater teacher, feels that the new seventh graders aren’t ready for the spotlight. Even though it’s just eighth graders able to audition, there are a lot of them. The audition forms filled up fast within a few classes.

When asked about how the auditions went, eighth grader, Jason Dobbins, says, “I think they went good. I was looking at some of the people auditioning and I saw some of the talent the new kids had.”

The casting list for the play was posted Friday, September 29. Reese Evans, an eighth grader, was casted for the part that he wanted, which was zombie 2 . He said that he was excited, but somewhat nervous about being in the play. When he was asked how it felt to be casted in the play, he said, “It felt surreal.”

There are around 14 characters in the play, including the narrators, zombies, and more. The play is called 10 Ways To Survive The Zombie Apocalypse, and opening night is October 30th. Closing night is October 31st, Halloween night. Little kids in the audience have the option to have their face painted for Halloween.

The first play this year at Dobie will be really fun because it’s Halloween themed, there will be face painting, and you can still go out and trick-or-treat since it is only a thirty minute show. The cast, crew, and director are all very excited for the first play. We hope you can make it!