Cross Country is more of a sport for the mind 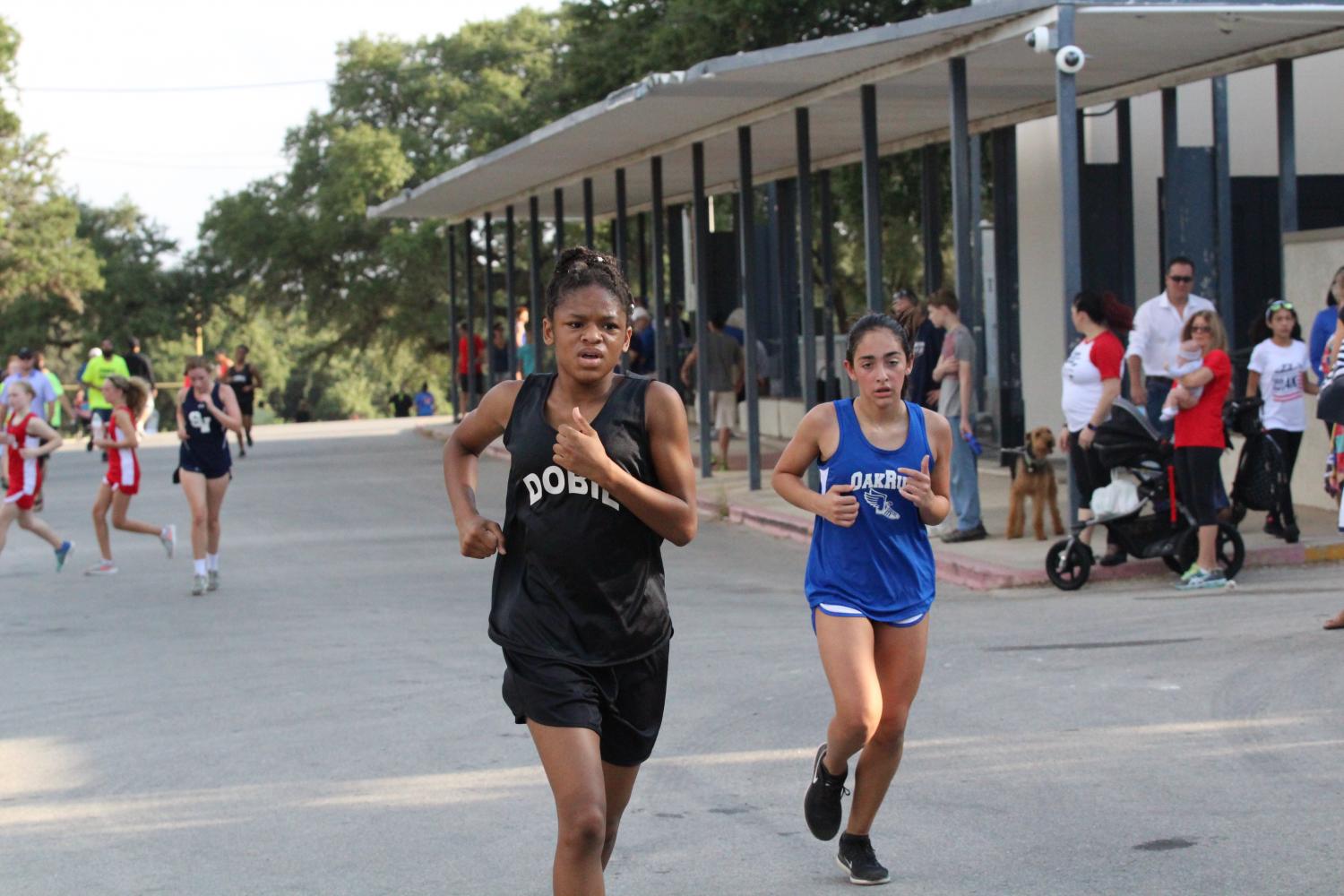 Cross Country is more of a sport for the mind. You have to train your mind in order to do well in running long distance. Cross Country is a sport where people run on natural terrain such as, grass, dirt, hills, and sand. Runners run in different temperatures like rain, sleet, and snow.

Everyday in Cross Country is fun and challenging. They all go to practice in the early mornings to run their hearts out. The runners start out with their 10 minute practice and then move into their agilities or stretches. Then they would move into their actual workout. The runners usually had fun while doing their workout, unless it was running for 30 minutes straight or running 2 miles around the track.

Kaitlyn Baker, a 7th grade runner, said that Cross Country isn’t hard. “Nothing is really hard, it just takes a lot of time which makes things difficult” She says with some difficulty. After a few minutes of thinking she says that the 30 minute free roam run is the hardest. No one likes waking up early, Kaitlyn says that she is not a morning person and that she would rather have the practices in the afternoon. “Running on the track almost every single day is boring” She says with exasperation. Many people have different reasons to join sports activities, Kaitlyn Baker joined only for the reason to prove to herself and her family that she was fast. She also really enjoys running. She said that the most fun practice to do was the Indian Runs.

Kaitlyn went to the first meet, Smithson Valley, and said in great excitement, that she had a great time at the meet. “I had so much fun”. Since it was the 7th grader’s first meet, they were confused about what to do and nervous and excited. At her first meet she walked the route with the other 7th graders. The 8th graders who had previously been to the meet showed them around. After that they stretched and got ready to run.