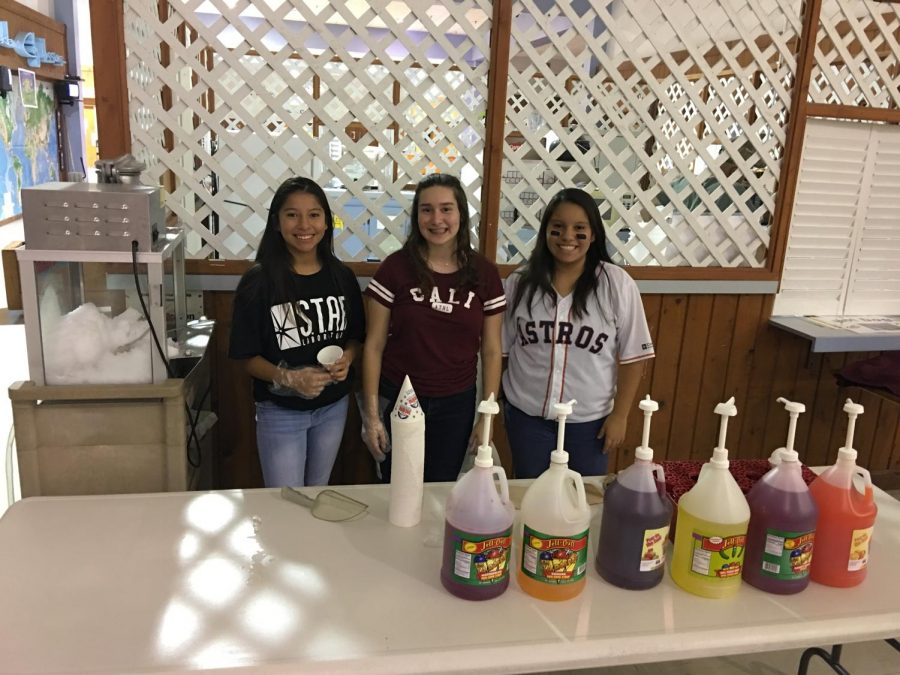 My name is Leah Biache. This year for Halloween I was an Astros baseball player. They are in the World Series, and they had a game that night. For Halloween I went to my church. They have a thing called “Trunk or Treat”.

“Trunk or Treat” is usually in the parking lot, but there was a chance it was going to rain, so they moved it inside. They have some stations you can stop at. Every station has candy. There is a hot-dog, snow cone, cotton candy, and popcorn station. There are seven other tables with games. Two weeks before “Trunk or Treat” the staff put out sign-up sheets.

We had many different request. Some parents would want a flat snow cone for kids, others would want lot’s of ice. People would want a little bit of syrup, while others wanted mixed flavors and their ice drenched. There was one kid that came up with his mom and he was Georgie, and his mom was IT. She had a red balloon. Their costume was very cool. This Halloween was filled with many memories.