Personal View: Halloween 2017 was kind of a bust 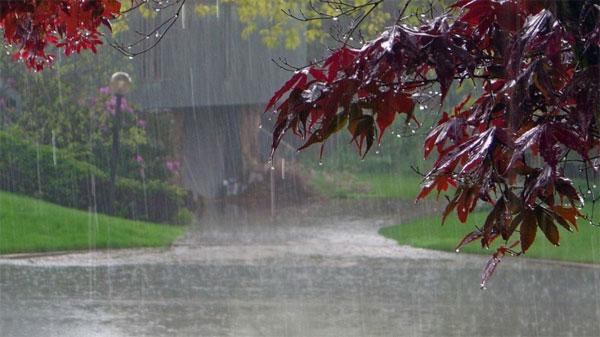 Hi! I’m Autumn Yoder, an 8th grader at Dobie Jr. High. I’m in love with Halloween, and am always excited for it in the months leading up to October 31. This year, I set up a great costume, a character named Corey from Hotline Miami. I loved the game, so I decided to dress up as one of my favourite characters. In the game she’s sort of a pain to go against, but hey, it’s fun to roll into people.

Back on topic, my brother, for Halloween, was from the same game, a character named Jacket. We had gotten our costumes all together, and were set on having a great night spooking people.

The morning of Halloween, it was much darker and gloomier than any other day of the month. It was really cool, but I was afraid that it’d rain later, and of course, it did. A couple of my friends were uneasy, because they were surprised by the sudden change of weather– on the scariest day of the year!

My mom wanted my brother and I to go to an expensive (but for us, free) restaurant that she works at, Nao, residing at the Pearl Brewery in downtown San Antonio. Honestly, we didn’t really want to go, and my father and “uncle” (very good friend of my father’s, he’s been with us before I’ve been born) had seen how hard we worked on our costumes, so they decided to let us stay. Then, it began to rain. They left for the restaurant, and we stayed home for a while.

I grabbed some acrylic paint and began painting fake blood on my brother’s mask, and eventually the rain stopped. The paint dried, we got our weapons (I had a sword and my brother a baseball bat), and left. We got to a couple of houses, and got a bit of candy before it started to rain again– and it started raining HARD.

We were very close to the guest house in our neighborhood, so we quickly got under the garage where it was dry and stayed a while. My mask was a huge zebra mask that I couldn’t see in very well. The eyeholes were in the nose, and I just could not see out of them. My brother thought it’d be a better idea to go home and put holes in the mask to see better, so we speedwalked home, in the freezing rain.

We got back inside, and we were SOAKING wet. We were pretty miserable, too, and so clothes went in the drier and we sat down for a while. My brother bought me a couple of video games since my birthday is soon, and consolation for dragging me through the rain. I downloaded the games, played a bit of them, and the drier finally finished. Clothes went back on, and we started to get ready to leave again.

Then, when we were standing outside, my brother realizes, oh, he doesn’t have his key to lock the door. We had to go back inside and it only took us 10 minutes to find it. It was on the kitchen table. Grabbed the key, back outside, locked the door, and started out to the sidewalk. We realized that there weren’t many people outside– I mean, what did we expect, it’d been raining for a while, and it was wet, humid and cold.

My brother, while we were walking down the sidewalk, saw a house with a bunch of little girls and decided to go over. Got the candy from the house, and then scared the girls. As we were leaving they followed us, and had to be called back. We went all around the neighborhood, and we only got 3 more houses before we decided to go back home.

Walking back to the house, there were 2 people ahead of us. My brother and I came up behind them quickly, and then got into a slow moving pace. He began dragging his metal bat on the ground, making a loud scraping sound each time it hit. One of the two looked back at us, and they began moving briskly.

Since I could barely see out of my mask I didn’t wear it and just wore my hood, and my brother wore the rooster mask that goes with his costume. Imagine having a hooded figure and a tall slender figure wearing a rooster mask coming up behind you rather slowly, one of them dragging a huge metal bat against the floor, and the other holding a large sword. Terrifying, right?

We ended up just breaking away and headed back home. Hunger was setting in, so I texted our dad to bring us home some food. About an hour or so later, way past the time he was supposed to come home, he returned with shakes, because we had already had a sandwich. For the rest of the night we sat at our computers, eating the sad amount of candy we had gathered.

In all we only got to spook 6 people, which was not what we wanted. When we returned home the first time, I regretted not going with my father and “uncle” to dinner because Halloween sort of turned out as a bust, but at the end of the night, I still ended up having a little fun and getting to spend more time with my brother. I guess I ended up having fun. Hopefully Halloween next year will be better, and won’t rain. Beware of the short and stubby Corey, and tall and lanky Jacket. We’re coming for you next year, Cibolo!