Personal View: What Thanksgiving is all about 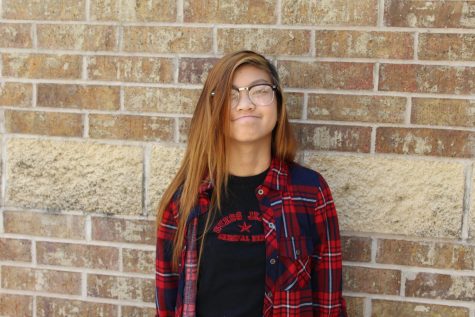 There are so many things that I’m so thankful for and for so many reasons as well. I am thankful for my mom because she is such a hard worker through day and night and she’s one of the reasons why I want to be successful. I want her to have a better life because of her rough past. I am also thankful for how she’s been there throughout my entire life.

Another person I’m thankful for is my dad becuase he is such a hardworking father. My dad works as a chef waking up early as five, and coming home as late as 12. Even though he has back problems he’s still to me, the most hardworking man I’ve ever seen and I love him for that.

Next is my big brother he always hated me when I was little I guess it was because I was a spoiled brat but I least I knew I was one. On my 11th birthday he got me the a gift, it was the first gift I’ve ever received from him. It was a Monkey piggy bank because the monkey is my Chinese zodiac, along with it came with a letter saying how he’s seen me grow up from a little girl to a mature young lady and how he loves me to who I’ve become.

He’s changed so much from the last 2 years ever since we left to Texas and left him back in California for his college. He’s no longer the sleepy head and late night gamer that I knew. He’s a big brother that has inspired me to work as hard as possible and how to not listen to the people who don’t believe in you.

That’s what I’m thankful for.