Blurryface: The past and future of Twenty Øne Piølts 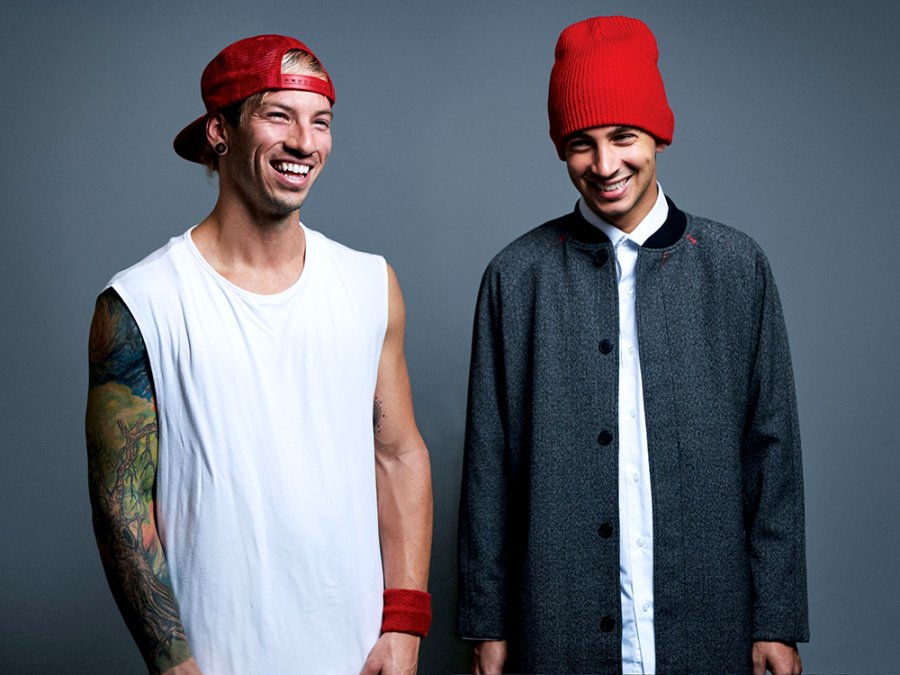 The band Twenty One Pilots (often abbreviated as TØP) , is a popular alternative band comprised of two key members. Joshua Dun (age 29) is the drummer of the group, whereas Tyler Joseph (age 29) is the singer, rapper and ukuleleist. Their songs have in-depth lyrics which many teens can relate to, as they talk about anxiety, depression and other daily struggles. Their album Blurryface has a couple hits which actually made it onto the radio, the main two being Ride, and Stressed Out. Many long-time TØP fans view the Blurryface album as ‘too mainstream’ and don’t enjoy the sound as much as the other albums. A lot of people negatively describe Twenty One Pilots as ‘emo’ and although most fans don’t find that term offensive, they will actually make themselves seem more stereotypically emo.

FUN FACT: Fans of Twenty One Pilots call themselves the Clique.

Obviously the Clique are supportive towards the the rising popularity of TØP and many more people have recently come out of the woodworks as new fans of the band. In fact, Twenty One Pilots made a song for the DC movie, Suicide Squad, called Heathens. This tune has also been heard on the radio as it is extremely popular.

Blurryface was their fourth studio album and was released in 2015. It has a total of fourteen songs, all with creative and meaningful words used for the lyrics. As known by the Clique, Blurryface is a darker side of Tyler’s insecurities and a personified version of his anxiety and depression. Blurryface, himself, has appeared in the music videos of many of their songs. He gives of a very melancholy and dangerous vibe through the dark and intense choreography he has in the videos.

You can check out the lyrics of the Blurryface album’s songs, down below.

Tear In My Heart

We Don’t Believe What’s On T.V.