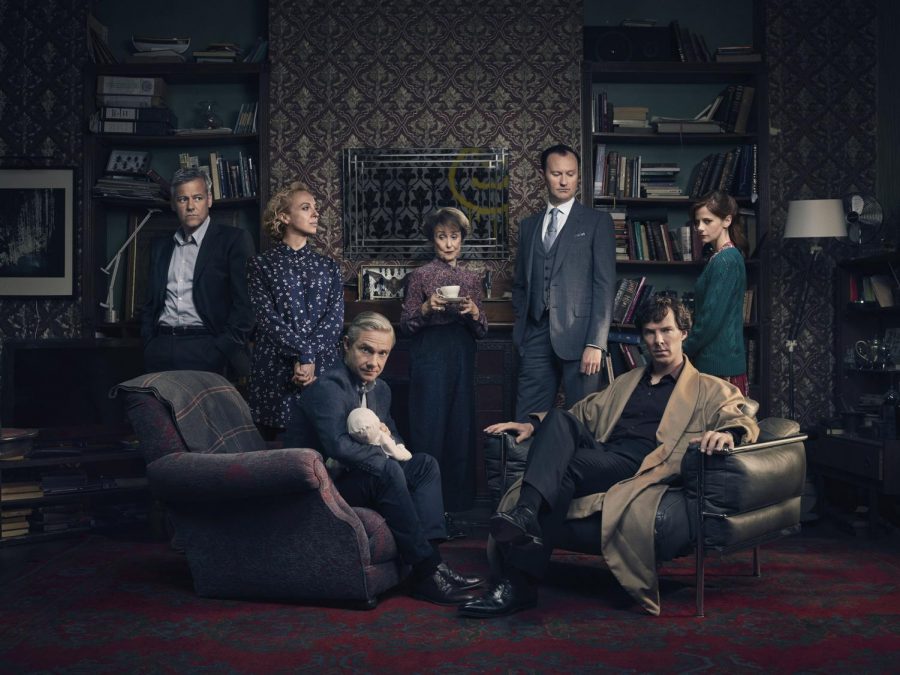 Sherlock is a recent show on Netflix, it is a remix of the original Sherlock Holmes series. The main character is arguably, Sherlock Holmes, who is played by Benedict  Cumberbatch. All episodes are about an hour long. Where he uses his “Gift of deduction” to solves cases and mysteries. He is joined by John Watson, whom he shares a flat with; John Watson is played by Martin Freeman.

Sherlock thinks of himself as a “High functioning sociopath”. He normally has no feelings,  or so he claims. He not so much later into the show meets “The Woman” aka Irene Adler, who is played by Lara Pulver. Irene finds herself in love with Sherlock as well as Molly. Molly Hooper is played by Louise Brealey.

“I have been reliably informed I dont have one.[ a heart ]”-Sherlock Holmes. This is one of my favorite quotes, because in the series Sherlock, almost visibly has NO heart. He only thinks logically, he is very cocky about most stuff. “Obviously” is what Sherlock says often, right after he makes some sort of unbelievable deduction. Sherlock is an amazing character with an twisted backstory. He grew up with a brother, Mycroft Holmes, which is played by Mark Gatiss.

Sherlock plays the violin while he is thinking. His arch nemesis is Jim Moriarty who is played by Andrew Scott. Jim might as well be Sherlock’s twin. He has the mind of Sherlock, but, he is not for the angels, he is for the devils. Sherlock faces about a total of 3 major villains. Sherlock always wins,  though he is toyed with, he always fixes his mistakes.

Sherlock Holmes is an amazing person,  with a gift unimaginable. This show is amazing. Always tense and always keeping you on the edge of your seat.