Amazing New Games and Updates of 2018 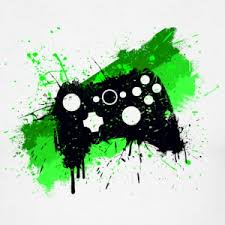 Video games are often played by many people and are played through many consoles. There is lots of new games and new content every year, that means new entertainment almost annually. Gamers have high hopes that games of 2018 will have better graphics. Also, new content is soon to come for most games that have been supported throughout last year. 2018 is hoped to bring bigger and better games and updates  to the  gaming community. Some of these titles include Fortnite, Halo, The Sims,Call of Duty,Warframe, and many nintendo games.

These are some gamers’ opinions on the many things upcoming, events and updates,  for the gaming community this year. Trevor Farley, 8th grader, plays many nintendo games such as Super Mario Bros. and Pokémon. He believes more action games probably will be released in 2018. Many gamers believe 2018 will be a great year for gaming, but some do not. “I believe the gaming community will downsize, and then pick back up later on this year,” says Farley.

A fellow gamer, 7th grader Madilyn Morris, said that that the gaming community will increase due to the amount of new games coming in for the new year of 2018. She also commented that, “I have already bought all the games that I have hoped to get in the new year.” So this brings us to the topic of awaiting updates and  hotfixes that people have been asking about since the 2017 add ons and expansions.

The Sims is a game that has many updates and add ons; Ashleigh Garcia, 8th grader, says “I await the seasons expansion pack.” She believes because of the appeals of different games to different people, that the community will there for expand and grow in 2018”. Like many other gamers, therefore she hopes for much better graphics. This giant community of people playing all these games is expanding very quickly. Many people are connecting because of similar tastes in games and consoles.