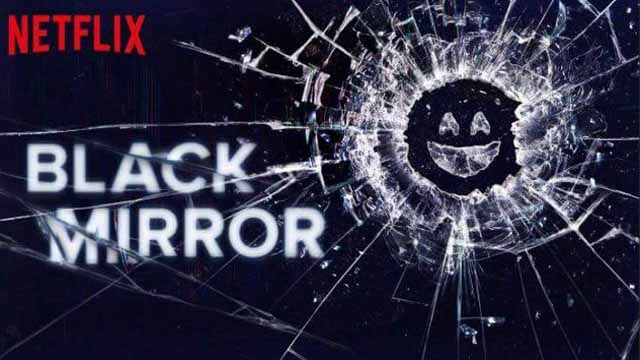 Looking for a good show to watch? Well I’m here to tell you, that Black Mirror is the show to watch. One reason for this is because each episode is it’s own little movie. Which means you don’t have to watch any episodes in a specific order.

‘What is the show about?’, you might be asking. Well, that’s what’s so fun about Black Mirror, each episode features its own plot and setting. Each story contains its own set of unique characters. Although each episode is different, it is said (according to the directors of Black Mirror) that all of the episodes take place in the same universe. There is even proof, as every episode has Easter eggs to previous episodes. Even though you can watch any episode out of order, I do recommend you watch them in order so that you can spot the Easter eggs. The thing that I love about this show, is that each episode has a twist to it, and it almost always ends badly.

Let’s start with my favorite season, and the most talked about season so far: season four. I loved this season for it is very different from the other past seasons. In fact, my favorite episode is the first of the season called ‘USS Callister’; it’s an obvious parody to Star Trek. The reason I love this episode, is because of the nostalgic feel in the beginning of the episode and the gripping twist in the middle and end. This episode is about the creator of a video game. He creates his own version of the game, and can actually put people’s DNA into the video game, and that creates another version of them. The thing that is so horrible about it, is that he can do whatever he wants.

The first season only has three episodes. Even though the first season isn’t the strongest season, there is still some really great episodes. For example the second episode (Fifteen Million Merits) is one of my favorites as it is set in a world where most people have to cycle on bikes in order to get merits, which is a type of money, and the only way to escape. You must then be on a talent show where you can become famous. This episode mocks today’s society, as it shows that in order to be happy you must first become famous, like how most people think.

I love this show because it explores something that has never been done, and it is something really interesting. Although each episode is different, the basis of the show is always the same. For example, in one episode there maybe something like a killer robot dog, but in each episode, there is always a human who is responsible. This show definitely shows how humanity is, what it could be, and what it will become. That is why this is one of the best shows on Netflix.