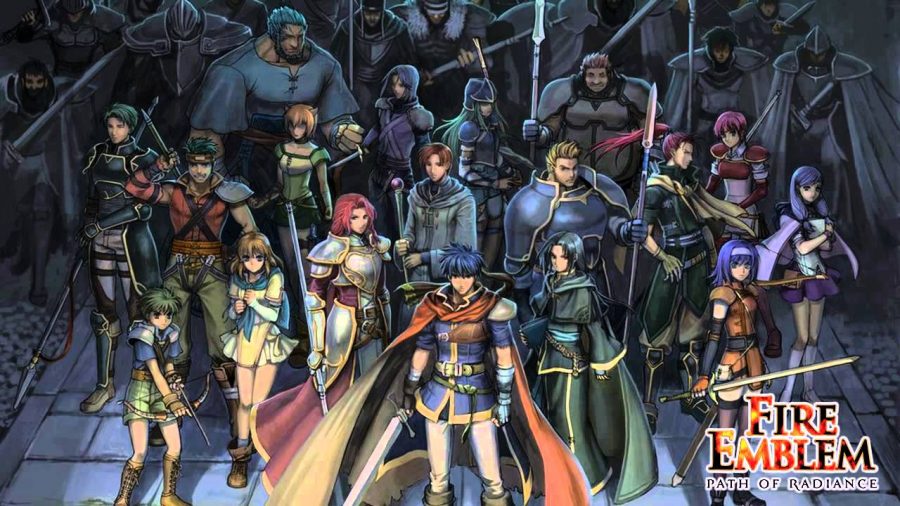 Warning: This contains spoilers. If you haven’t checked out pt.1, read it before continuing, unless you’ve already viewed it.

Continuing from pt.1, I’ll be discussing about Path of Radiance. Fire Emblem: Path of Radiance is the 9th installment in Fire Emblem and is known to be one of the rarest games in the series. The game starts off with the player playing as Ike (which if you didn’t know, this is the same Ike from the Smash Bros series.) When sword training with his father Greil, Ike’s younger sister Mist comes to check on them. Ike wants to prove to his father that he’s strong enough to join the Greil Mercenaries. Greil tells him that if he can defeat Boyd, then he can join. Later on in chapter 7, Greil goes for a walk in the night with Ike. After a few minutes he tells Ike to go back to the base. When he gets there, Ike then goes to search for his father but Greil gets caught in a battle with someone he knew from the past. Greil gets wounded from it but chooses to still fight. I’m not going to spoil that much in the story so you’ll just have to find out by playing or watching it.

Next I’ll talk about a couple of characters like Ike, Black Knight, and Elincia. Ike is the main character of Path of Radiance and is the only main character in the series that isn’t of royal birth and/or noble blood (meaning that he’s the only main character that isn’t a prince/princess). If you seen him in Smash then you’ll know that he has the sword Ragnell (which is one of the two main legendary weapons with the other one being Alondite) and the skill Aether. Ike is someone who is willing to fight for his friends and is willing to accept who his friends are (examples are Soren and the Laguz). Black Knight is one of the major antagonist in the game. He is the rival to Ike and is the one Ike wants to get revenge on (you’ll find out why.) His identity is unknown in Path of Radiance, wields the sword Alondite, and his black armor was made by the gods (in the game) which allows him to take no damage by any weapon besides Ragnell. Last we have Elincia. Elincia Ridell Crimea is the lost princess of Crimea (which is one of the four lands in the game) that was hiding as a house servant until she was founded by Ike in the forest. She is a polite and kind girl that wields the sword Amiti, (but not until later) and is the future ruler of Crimea.

Finally we have the pricing. Like I said earlier, Path of Radiance is one of the rarest games in the series so the pricing will usually be over 100$ if you’re willing to by it. The platform its available on is the gamecube but if you’re not going to spend that much money then go watch a playthrough of it. But more than likely you might enjoy it either way. Well that’s all for this so check back for pt. 3 for when I discuss about Fe7.