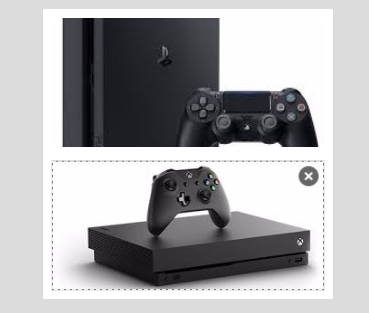 Xbox One and PS4 are sort of alike, but they have a lot of differences. One of the biggest differences is that PS4 is a slick, slender console and the Xbox One is the duke controller of video games. Then there is also games that can be played on xbox but not the Playstation such as Halo, Gears of war, and Forza, and there is games you can play on the Playstation, but cannot be played on the Xbox such as Bloodborne, Uncharted, and Horizon. Those are key exclusive games for that consoles only. There is a big difference here too saying that Xbox One is backwards compatible meaning that you can play Xbox 360 games on the Xbox One which the Playstation cannot do. Another advantage the the Xbox One has is that it was 4k blu-rays and 4k streaming which again Playstation does not have. Now right here is where the PS4 can catch up a bit, the PS4 can have a VR(virtual reality) with it for more real and experienced gaming but is not compatible with Xbox.

8th grader Alyson Rios believes that PS4 is better “I think it’s better because you can do more with it, I mean it’s the same as Xbox, but different controls, but yeah it’s better there’s more games and a virtual reality headset it’s amazing!” 8th grader Vaun believes Xbox One is a lot better because it doesn’t lose connection as much.

Which one do you prefer, Xbox One or PS4?