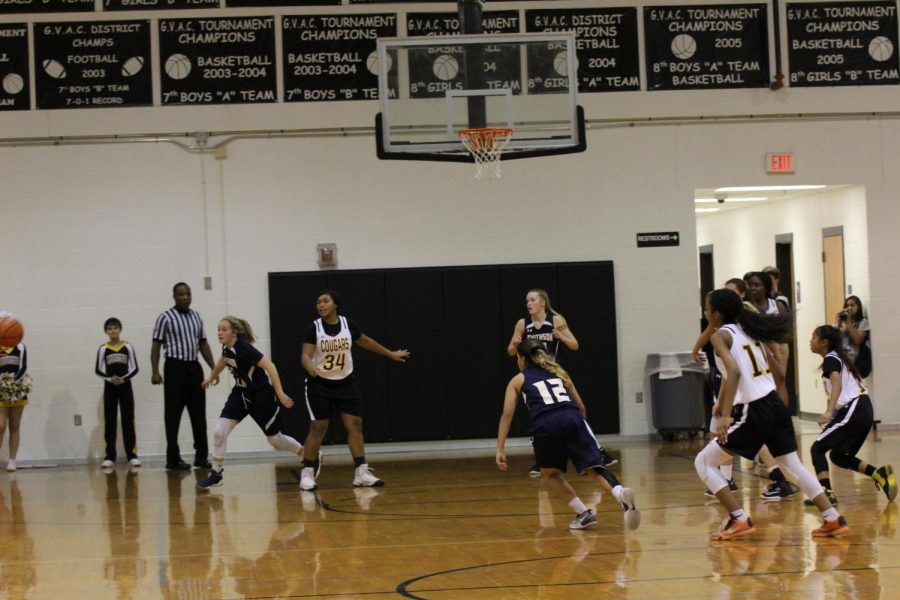 Basketball season is coming to an end for girls. The 8th grade girls have worked really hard this season and had fun playing the game they love.

There are 5 positions in girls basketball. The point guard, the forwards, and the posts.

A lot of people on the basketball team have trained hard to get where they are today. They play on a school team and a team outside of school.

Teamwork is probably one of the most important parts of basketball. If you don’t work as a team, you won’t win the game. If you work by yourself you won’t get anywhere, but when you’re on a team you can work with the people that like the game as much as you do.