The Birth, Life, and Death of My Chemical Romance 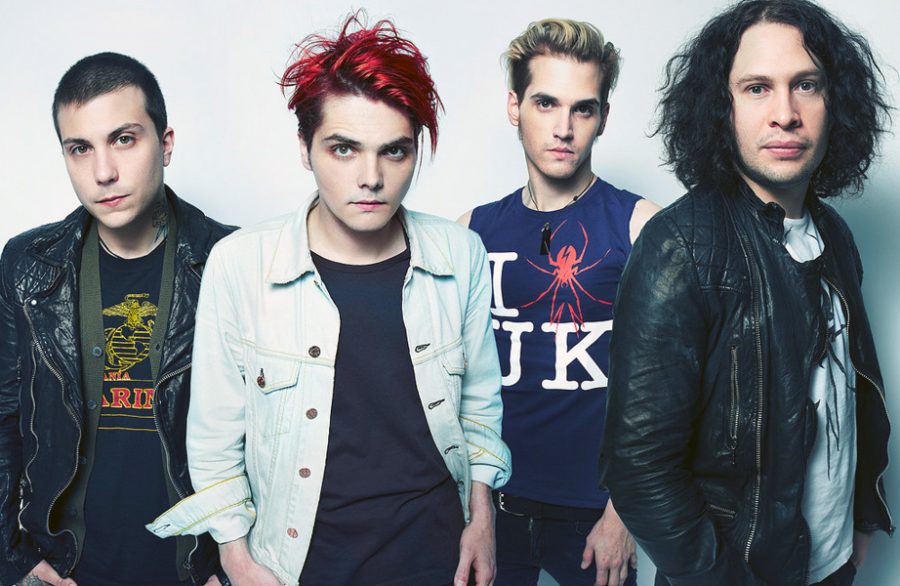 My Chemical Romance is a highly underrated band which broke up around 5 years ago on March 22nd. Comprised of the most well-known 4 main members, the punk-rock group had been together from 2001 till 2013. Hailing from Newark, New Jersey, lead singer and frontman Gerard Way was heavily influenced by the attacks at the World Trade Center on September 11th, and decided to form a band. Way wrote the song “Skylines and Turnstiles” to express his emotions about the catastrophe he had witnessed.

Searching for band members, Gerard soon recruited Ray Toro as the band’s guitarist as he found he was unable to sing and play an instrument simultaneously. Mikey Way, Gerard’s younger brother, suggested the name for the band while he was working at Barnes and Nobles and found inspiration in a book title. Mikey then decided  to drop out of college and join the group.

Frank Iero, former Pencey Prep member, became a valued component of the group just days prior to recording their first real album. Iero has previously commented in interviews that he is “My Chemical Romance’s number 1 fan” and that he idolized the band before joining.

After only four studio albums, the band broke up and the fanbase were extremely devastated. Many of the Killjoys, MCR’s dedicated fans, still theorize that the group could reunite and most haven’t given up hope even after 5 years. There could still be a reunion in our midst.