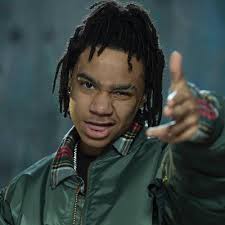 Haven’t you ever wondered how anyone ever became famous or well known? Whether if it is the right agent or the location you live in. Well I’m here to tell to you that sometimes it’s pure luck. We are going to be talking about three specific rappers that made their way into fame at a young age.

YBN Nahmir started off making music videos for fun, until his music video for his original song “Rubbin Off The Paint” was picked up by video blog WorldStarHipHop. After that it gave him an opportunity of fame. His video reached over 2 million views in just two days. Since then he went with the name YBN Nahmir.

He was born as Nick Santana Simmons on December 18,1999 in Birmingham Alabama. He is known for his Rick and Morty lyrics. He went from a gamer kid to a successful rapper. Nahmir just 18 years old and already has a network of $50 thousand. Since the breakout single, he released several other songs such as “Bounce Out With That”, “Popped Out” and many other songs to make an album. The successful rapper already has 50 to 60 unreleased songs that he is working on. Nahmir is currently on tour so go ahead and buy your tickets.

Next is controversial rapper, Tay K and he was born in Long Beach, California; he later moved to Arlington, Texas. His real name is Taymor Travon McIntyre and is 17 years old. The music video for his song , “The Race” has now over 122 million views. His song charted on 44 on US Billboard Hot 100.

Later he released a mixtape called “#SantanaWorld” in July of 2017. Some of his earliest tracks are “BIFF XANN on EN” and “Sly Cooper”. He was arrested by US Marshals in New Jersey after being suspected of capital murder in Texas. He was previously on house arrest and cut off his ankle monitor. Fans are now using “#FREETAYK”as they believe he should not be facing charges.

Last but certainly not least is Jay Bradley, 18 years old, goes by the name YBN Almighty Jay. He rose to fame in 2017 after the release of his single “Chopsticks”. The music video for the song has over 11 million views.

He has released other songs on Spotify such as “Off Instagram” and his most recent song “Takin Off”. He first began sharing rap videos to his YouTube channel in September 2017. He was featured on the YBN Nahmir single “No Hook” and has began dating model Blac Chyna in 2018.