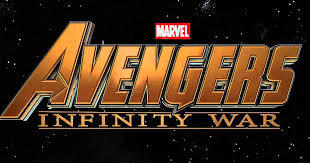 We have read all about the Marvel super heroes in the comic books. In 2008 these books turned into movies, first starting with Iron Man. Since the release of this movie, other heros have been introduced to us. May 4th, 2012 was when the first Avengers movie came out. Since then Marvel has made three movie with the Avengers. The Avengers team is assembled of Captain America, Iron Man, Hulk , Black widow, Thor, and Hawkeye.

Avengers, Avengers: Age Of Ultron, and Civil War are the three movie already released with the Avengers. The next movie to be released is Avengers: Infinity War. This movie has been getting a lot of publicity. Its trailer on Youtube has set a record for most views in one day, 200 million. Marvel put a new trailer on Youtube, March 16th, this trailer was #1 trending for 3 days.

Avengers Infinity War was originally going to hit theaters May 4th, but Marvel was generous enough to move forward the date to April 27th. The world premiere is April 23rd.

There are a lot of videos, stories, and theories about the upcoming movie. This movie is expected to leave theaters packed for a while, get many Oscars, and change the Marvel world. Avengers Infinity War is almost here, and we are ready to see it.