Is the world ready for self driving cars? 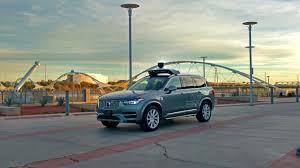 On March 18th, self driving car hit 49 year old Elaine Herzberg  according to the Tempe Police Department. Rafaela Vasquez was behind the wheel as the emergency driver when the incident happened. The man said that he had no time to react as the woman had appeared in from of him in a flash.

Rafaela Vasquez was also convicted of an armed robbery in 2000 and served 4 years in jails. Many people believe that her being a felon had to do with the accident but the police said that nor she or the car were the reason for the crash. The police said that it is not safe for people crossing the street in the dark when either people are driving or when the car is in autonomous mode.

After the incident, Uber has decided to suspend all open road testing in all of the cities that include Tempe, San Francisco, Pittsburgh and Toronto. But the cars are still being worked on to make them safer. Uber made a fake city called Almono that simulates a real city with mannequins that can walk and cross the road. Uber said that the mannequins are supposed to act a lot worse than you would see on the regular road. Emergency human drivers are also being trained there.

People believe that Self-driving cars aren’t ready to find new roads yet and that technology has not gone far enough.