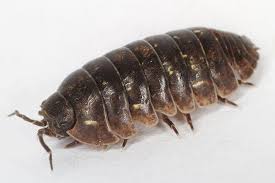 Pill bugs are very interesting creatures and are weirder than you think they are. They seem like little bugs that can’t do anything and just are useless. You can never judge a book by it’s cover though, they do a lot of useful things for the environment actually.

Pill Bugs help the environment through decomposition their diet is rotting vegetables and poop. This can stop the killing of other crops and save the ground around the other vegetables. They are relatives to Isopods and Woodlice and they’re not actually not insects their crustaceans.

Pill bugs have a defense mechanism similar to armadillos and cuckoo wasps where they roll up into a ball and hide from predators.This defense mechanism actually reduces respiratory water loss which can save them from eating all the time. The roll up into a ball whenever they feel in danger or feel very loud vibrations which run through their because their small and close to the ground.

Not only are these weird critters unique in different ways from normal insects, their brothers pill millipedes have the same defensive mechanism as it’s smaller counterpart.

The reason for their sudden desire to curl up has been explained previously. However to what purpose it carries besides the ability to trap moisture and confuse predators with a smaller intelligence than it. It, has not been shown to defend from foreign objects so the curl up may not be for defense but, survivablilty and camouflage.

So, with all the information that has been pumped into your brain. Will you think twice about Pill bugs the next time you see them, or will they remain classified as insects or will they have some significance to you?