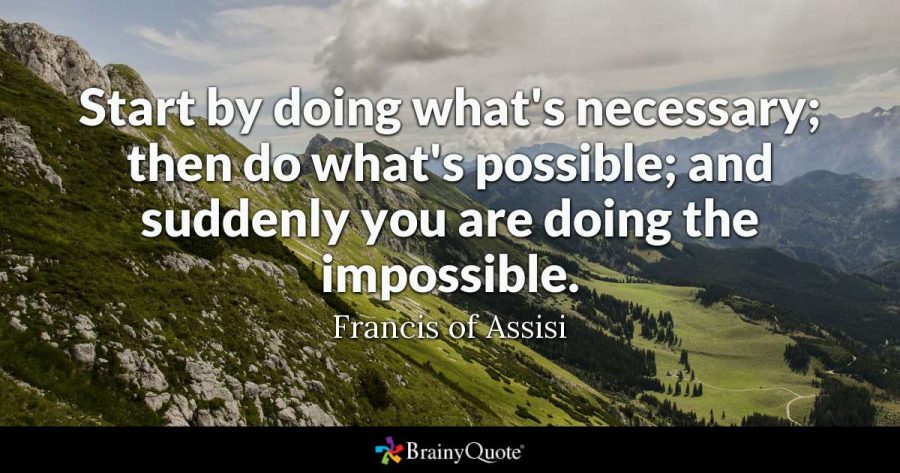 The definition of impossible is, something not able to occur, exist, or be done. In most cases it’s true, but people have proved the impossible. For example,the moon landing back in July 16,1969 -July 24, 1969, no one thought that we would be able to do it and bring back the men safely, yet we did and to this day are reaching planets we thought we never would.

Something that would be impossible is finding such creatures like vampire, werewolves, or fairy’s as they are only myths that live to this day. But finding a hybrid of two animals is far from impossible example one is a hybrid that lives  known as a liger, these creatures are hybrids of lions and tigers but are hard to find because many die at birth and those that live are in a tremendous amount of pain for the rest of they’re life.

When you put your mind and heart to it somethings you might actually reach but most never reach it because they don’t try, halfway through they decide to turn back and that’s probably why somethings called impossible are still titled impossible, Amelia Earhart was the first ever female pilot and most people thought it was impossible that she would never fly , yet she did.

“Start by doing what’s necessary; then do what’s possible; and suddenly you are doing the impossible,” – francis of assisi, quotes like this are what make people want to reach ‘the impossible’ quotes like these can be found on brainy quotes,this site is full of inspiring quotes.