One Act Play Performance “Persephone” was a hit 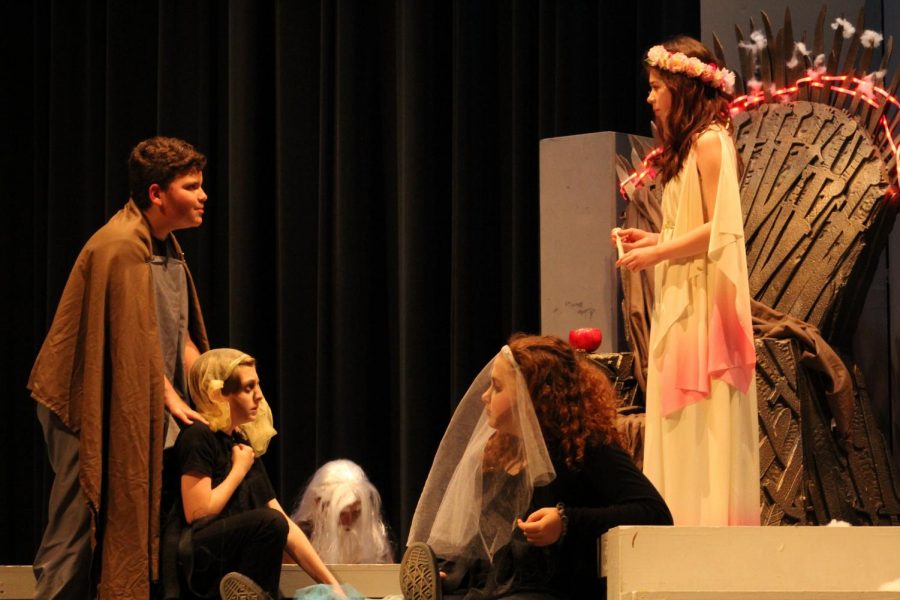 ‘Persephone’ is a comedy that is 40 minutes long. It’s about a young Goddess named Persephone who is in love with Hades. When Demeter comes to bring their child home they argue on how things will be balanced between Earth and Hades.  Instead, Persephone eats 6 pomegranate seed which represents six months on Earth and the other six months in Hades.

There were elaborate costumes, funny jokes, and a set that included a real throne. It takes place in Hades which is covered with dust and all is grey.

Hardworking actors and actresses made the play possible with their dedication. They rehearsed for 4 months straight! The crew also dedicated a lot of their time sewing, building, and creating intricate costumes, set pieces, and props.

Mrs. Chitta, Dobie Theatre Director, dedicated her time into making this play special. She said, “I enjoyed getting to know my kids and getting to teach them the process of competition theater.”

The cast has been in previous productions in the year, honing their skills in each production. Taryn Cooper, 8th grader, enjoyed the play. “It was  pretty cool. I got to hang out with my friends. It’s pretty lit fam,” she said.

The fine arts festival featured performances by all schools in the district, including band, orchestra, choir and art classes.