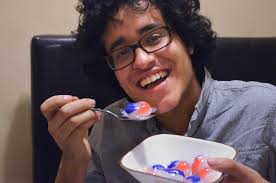 There have been many challenges going around on social media. Including, tide pod, 10 seconds, light yourself on fire, not breathing, and cinnamon challenge. Many parents and students believe these challenges are, “stupid.” Yet, kids and teens all over the world still undertake these challenges.

One challenge in particular is actually for a good cause. The ALS Ice Bucket Challenge promotes the awareness of the disease, Amyotrophic Lateral Sclerosis. Even though this challenge is for a cause it requires you to pull off a crazy stunt. You have to dump a bucket of ice and water over a person’s head, either by another person or by yourself.

One student that performed the ALS challenge was 8th grader, Kennedy Freeman. “I did it because it was for a good cause. It was a really fun challenge, but it was super cold,” said Freeman. Most students believe this is actually a good challenge compared to the other ones. Madelyn Cordova, another 8th grader, says , “I didn’t want to do it at first because it was cold outside and I didn’t understand the challenge at first.” 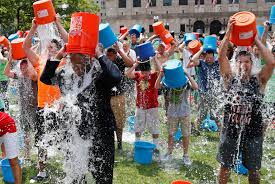 When you see the good in at least one challenge, you can really see how nonsense the other ones are. The Tide Pod Challenge stands to hold its title as the dumbest challenge so far. The Tide Pod Challenge requires you to bite into a tide pod and swallow, or spit out its contents. According to The New York Times, “In the first half of January, poison control centers handled 39 cases in which teenagers were intentionally exposed to the detergent packets.”

The Fire Challenge holds second place in the race for the dumbest challenge. This challenge requires you to put rubbing alcohol on your body then light yourself on fire. Teens have suffered traumatic injuries due to these challenges.  According to NBC News, “The latest victim is an 11-year-old boy in Brigg, England who needed a skin graft after setting fire to his shirt. The boy put out the fire but, upon trying the stunt a second time, was unable to contain the blaze.” 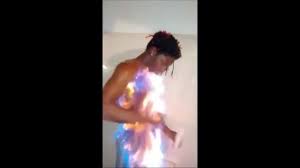 The internet is blowing up everyday with new challenges, they get stupider and stupider every time! A comment on Fox News states, “Who else would you blame? Of course it’s the parent’s fault. Stuff like this didn’t happen back when parents were Godly, involved, and willing to discipline. Now we have a bunch of deadbeat druggies who don’t have the time, patience, or even desire to raise their children appropriately. It starts with the parents. These kids are just that: kids.”  Overall don’t do any of these challenges, they can all cause self harm.