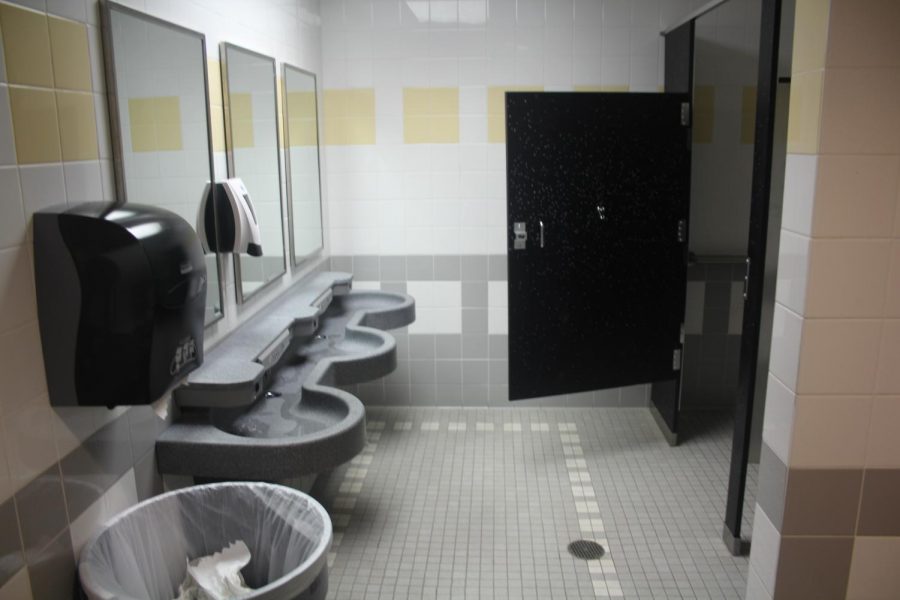 A Dobie Jr. High School student who was purposely urinating in the boy’s restroom in places where he shouldn’t have urinated was recently identified after a school wide investigation.

Before the student was identified, janitors had to clean messes in the restroom that they shouldn’t have had to clean. Mike Carson, a Dobie janitor for 15 years, had to clean the bathroom that usually takes 15 minutes, ended up taking a hour and a half to clean and sanitize. Carlson also said, “this happens every other day, but nothing that extreme.’’

During the investigation, Mr. Jackson, Dobie Assistant Principal, made a couple of announcements on the intercom saying that this behavior had to stop. He told everyone that he would search until he found the person who did this. He encouraged students to help find this student. In his announcements, Mr. Jackson offered the students who came forward with information an incentive: if someone helped find this person their team would get to use their phones during lunch for a week.

The student was turned by team 7-3 and they did in fact get to use their phones for a week.

Most students were disgusted by the thought of someone purposely making a mess in the restroom. Alex Garza, 7th grader said, “Who would do that? That’s so disgusting, I hope the person who did that got in trouble.”

Keenen Carlson, 7th grader said, “I was surprised. The janitors shouldn’t have to do more work than they need to.’’ Lourdes Segura, 8th grader, also said it’s not fair that the janitors have to clean the mess. “The janitors signed up (to clean), but it’s still gross.’’