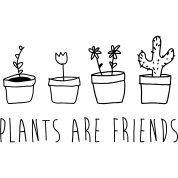 Veganism is a diet most people go to to lose weight, feel better, and become less harmful to animals, but is it really healthy? Many people turn to veganism because of religion or traditional reason, but as it turns out, veganism was never really supported way back when. No traditional culture subsisted on a vegan diet. Some cultures ate exclusively animals products. This includes the Masai, Sambru, and Rendille warriors of East Africa survived on diets consisting of primarily milk, blood, and meat from the cattle they raised. They showed extreme health and profound bone strength. However, groups who did not have access to meat and animal products would forage for grubs and bugs. They, obviously, showed to be less healthy than the tribes who ate strictly meat.

Vegan diets cannot provide certain vitamins you need, such as vitamin A, K2, and D. Vitamin D can only be found in animals products such as pastured egg yolks, cod liver oil, and dairy product from grass grazing animals. In ancient times, traditional cultures who lived in darker environments relied on the vitamin-D rich foods. Vitamin K2 is the shuttle that transports calcium in your bones. You can eat as much calcium as you want, but it wont work unless you pare it with vitamin K2. plants to not produce K2 at all, and K2 is a vital vitamin to having healthy bones and being healthy in general.

Many people choose veganism because its cruel to take a life. However, something dies no matter what you eat. For example, field mice were killed in order to grow a corn field for vegan cereal. Plants are living creatures. They communicate with each other and the world around them. Some controversial research even states that plants can respond to human emotions! If all things are ultimately energy, why not eat the thing with the most? Animals have copious amount of energy that can provide for better health than eating plants. So why not just eat the thing that gives you more energy?

In conclusion, rethink your decision when going vegan. Instead, try going carnivore. Going on a carnivorous diet can greatly improve mental and physical health. Next time you try to go vegan, look up the side effects and make sure it’s something you really want to do!