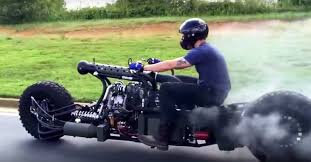 It was the final race. Christian just had to beat the last contestant in the Contest of Champions. But he had no idea who that was. He just had to find out once he got there.

Christian showed up at the race site, a 51-mile track with lava, volcanoes, and rock-slides. He was sure that he could go through the track, no problem, but it was the other racer who concerned him. If he made it this far he had to be good.

Suddenly, a big boom was heard and lots of smoke appeared. The new Driver was here. The Driver pulled of his helmet and… No! It couldn’t be!

-Comment on who you think the Driver should be.