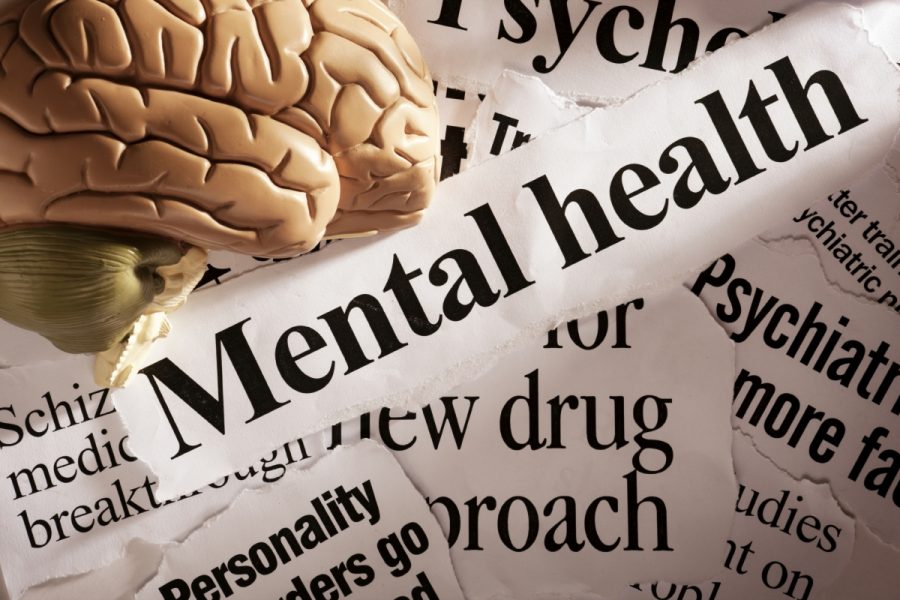 Junior high is the beginning to even more difficult school years. Some people deal with this stress not as well as others and occasionally, mental health can be the cause of that.

Ava Normandin, a seventh grader is new to Dobie. She said that mental health is a very sensitive subject and different emotional stages can cause these harsh, influencing symptoms. Some of her own experiences have been family issue, a common influence of these illnesses.

Ava stated that the “best way to address these matters is always depending on the person which makes sense, since people naturally have different ways of approach these situations.” In her opinion the worst symptom is anxiety, something that can make you overthink in any situation. Something that can bring support and awareness, such as fundraisers, would be a good start to helping those struggling.

According to National Alliance on Mental Illness, we found out that 1 in every 5 youth (13-18) has gone through severe mental health at least once in a given year. 13% of children (8-15) also show early signs of mental illness, it’s a very sad thing to think about. Being that young and dealing with something like that goes to show how are nation and society is. The feeling of everyday being something to dread isn’t very fun. In fact it takes away from everything, even wanting to be with friends isn’t that exciting with these problems. Mental health could lead to dropping out,difficulty learning, failure in school, and of course overall it affects your well being.

Jazmin Mascorro, willing to answer a few questions,  is an eighth grader, someone who’s starting their second year here at Dobie. They went into a lot of details with each question. First we asked her about her own thoughts on mental illness, she stated that mental illness is a very real thing, that people shouldn’t treat it as a phase or made up illness. It is a very good thing to bring to the attention of every teenage mind. Mental health is always overlooked or considered something all teens go through, as if all of it was just puberty; mental health is NOTHING like puberty, not everyone goes through such problems.

Jazmin has had experiences of her own, people she cares about dearly struggle with the situation. To make it worse when the news of depression spills around Dobie, it isn’t concern kids feel for one another, it’s marked up as a label, a definition of who they are. She also brought up the idea to bring awareness in the form of assemblies, although the only problem with that is how many kids wouldn’t take it seriously at all, taking the issue most teens suffer with as a joke.

Symptoms like lack of motivation, this could cause a student to fail a test which would make the student feel worse,causing a spiral of failure and self doubt. In a way to help the ones she knows her are struggling, she says we should put signs up around school, counselors putting numbers for students to message instead of talk face to face, a brilliant idea for those who are insecure or worried of people figuring out personal information. The final thing to end with is with her very real and inspiring words, “Mental Illness is a real thing and people go through very hard times to try and recover or just live with their poor mental health.”

Coach Adame a girls athletics coach as well as a college and career readiness teacher. Her personal views on mental health is that the subject is very important and that she personally struggles with anxiety. She believes the first step to help is to have them “ask for help and knowing that you can talk to someone who will help a lot.” She thinks that in order to help someone struggling is to understand them. That doesn’t mean see the world how they do just think about what they go through and let your words cradle everything they might struggle with.

Now that you’ve seen this today, if you yourself are dealing with these situations it is okay to ask for help. Here at Dobie we have three counselors who were hired to help all of us with this. It doesn’t make you weak to ask for help, it doesn’t mean you are messed up, a lot of people go through this. If you aren’t dealing with these make sure you’re being accepting of it, and not disrespecting those who need help.