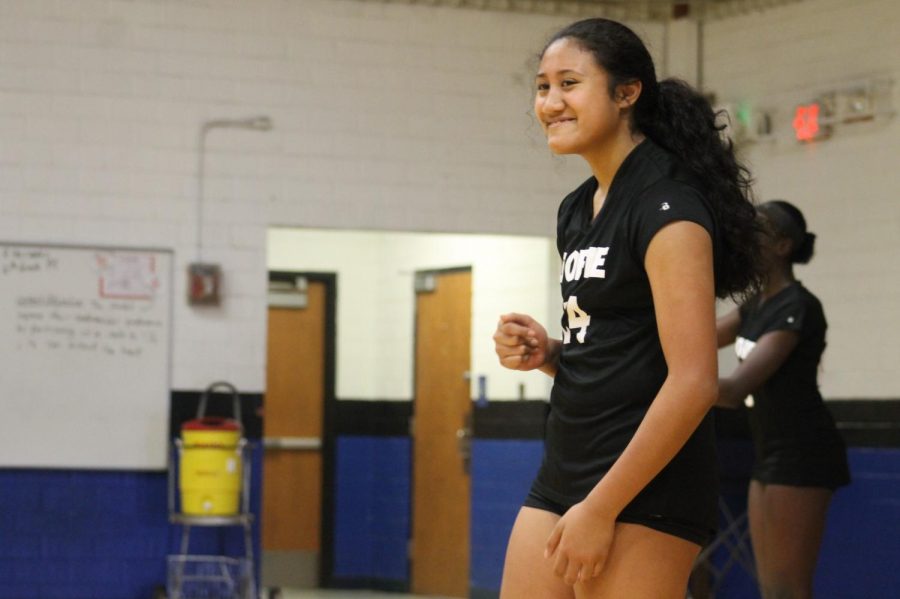 Over the last few weeks many volleyball events have happened. Tryouts were last week and many girls were excited to find out that they made the team.

Jurnee Clark is an 8th grader who made B-team. “I was excited to make the team,but determined to work harder because i knew my spot wasn’t promised.”  Clark said she felt pretty good about this season so far “but kind of nervous,” she said. During her interview she told us that she did not have any experience at all, so it’s understandable why she is kind of nervous about this season.

Madison Spencer,also an 8th grade volleyball player, says that she was  also excited and surprised. “I’ve played volleyball my whole life so I have a lot of experience.”” I feel like its gonna be a fun and enjoying season.” Spencer likes to play back middle because she likes to be the first one to hit to start the game off.

Adrianna Mcghee, a 7th grade volleyball player, was very excited when she found out she made the team. All of this is very new to Mcghee because she has never played before. “ I feel like my team is gonna do very well this season,” she said.

The team has already won their first scrimmage and game, so let’s hope they do great during the rest of the season.