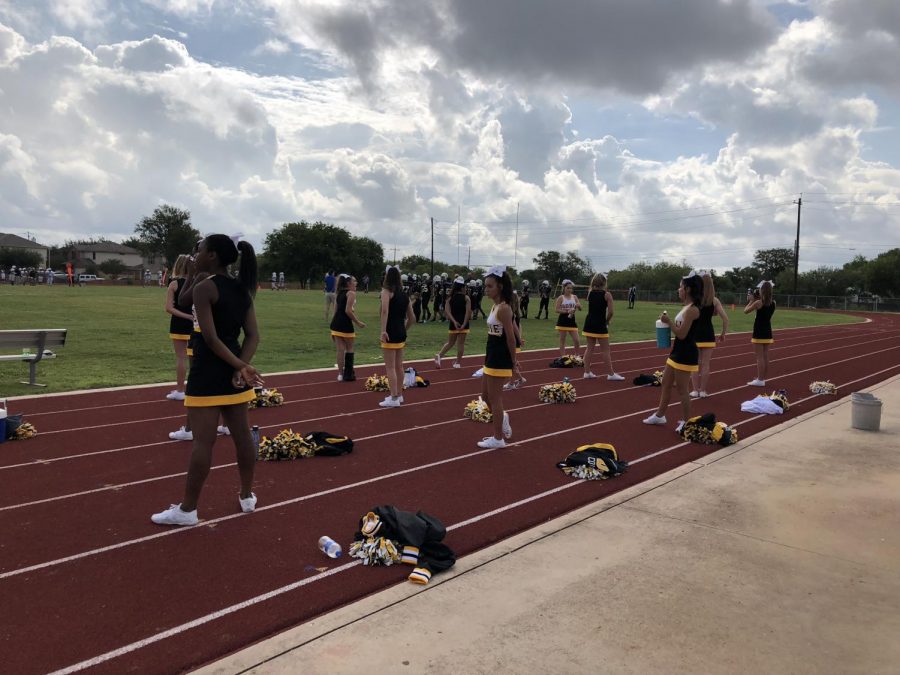 For the first time in recent Dobie history, all football games will be held on Saturdays this year. Students have mixed reviews for various reasons. With the games being on Saturday, sleep can be a factor, but it could also be a positive such as meeting up with friends during the games. Some students also might not have rides or they have extra hobbies outside of school.

“It would interfere with my sleep schedule,” claims Summer DeBoy, a 7th grade cheerleader. “I would prefer to cheer on Thursdays,”said Summer. Being a new cheerleader and having never cheered on Thursdays, this was a surprising response. Sleep can be a very important aspect in the effort put into activities. Waking up early and having to immediately cheer and play can prevent from students trying their best. Brayden Thompson, a 7th grade football player said.”

I feel like not as many people would come to the games.” While many people say that  they wouldn’t want to wake up early, Brayden mentions that having to wake up early wouldn’t affect him. No one thinks about how this could affect people’s weekend. “I wouldn’t be able to hang out with family,” Brayden states. Having the games being on Saturdays limits the

amount of time students, parents, and the audience can spend time with each other.The games being on Saturday, could also limit the amount of studying, as well as time to finish homework.

Aubrey Thompson, a 7th grade student claims she will go to many of the games this year. “I don’t mind it,” Aubrey said. “It’s not on a school day which means I can stay the full game instead of leaving early to do homework.” In one word to describe the new schedule, the word “Better” comes to mind for Aubrey. “It’s not hard to wake up early.” Aubrey claims she would prefer the games to be on Saturdays so that she can watch the volleyball games that are still on Thursdays.

With the games now being on an early Saturday morning, Sydney Jones, an 8th grader said if the games were later and not so early she would go. “If games were on Thursday again I would go,” she said but got a different answer from another 8th grader named Jade Munson. Jade is new to Dobie and she said she doesn’t really know anyone yet so she wouldn’t go to any of the games because she would feel lonely, she also mentioned that she plays volleyball, so Thursdays still wouldn’t work for her.

The new schedule, it leaves people wondering why it was changed? The football games were moved from Thursday to Saturdays because of the lack of officials. Officials schedules are stretched really thin, so moving the times to Saturday makes it much easier. With all of the football games on Saturday and volleyball games on Thursdays, now everyone can go to both.

Sasha Marsh, a 7th grader, says,”smart,” is the best way to describe the new schedule. She says that having to stay up later on a weekday would interfere with how much time she can put away towards studying. “The only thing I would do to the new schedule would be to hold the games later in the afternoon.”

The very last interview was Jadah Woods an 8th grade cheerleader. Turns out she is happy about it being on Saturday because she can go to the volleyball games, but she doesn’t to want to wake up early. Jadah isn’t going to be affected because,”I do all star cheer and I am used to waking up early for cheer.”

Overall, with the games being on Saturdays, it was concluded that many people disagree with the new schedule. There may be some negatives such as taking away time to hang out with family and studying, but there are also some positives such as not having to take away time from getting sleep during the week, as well as being able to watch other games. Perhaps more people would agree if the games were more in the afternoon. What do you think about the new schedule? Do you agree, or disagree?