Football is back, Dobie is ready 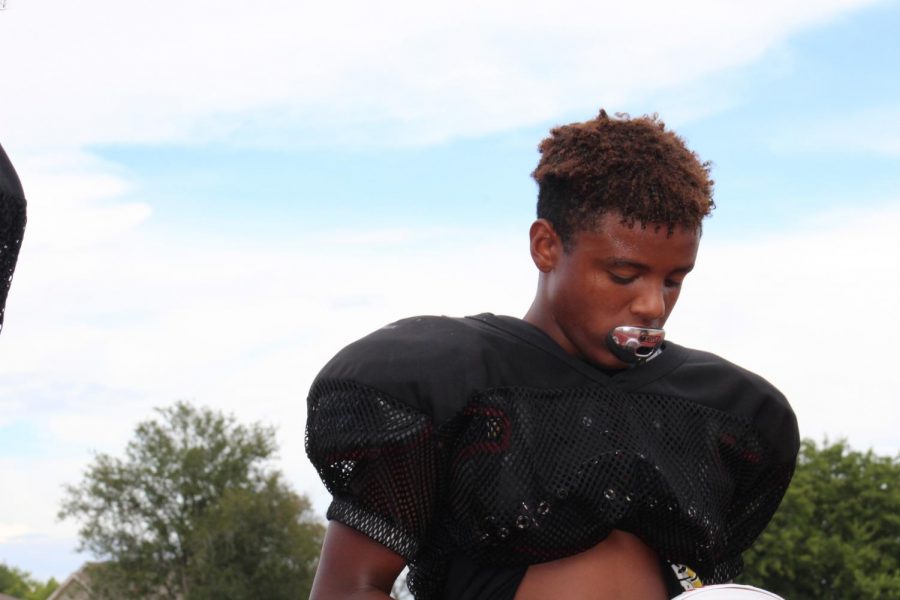 The coaches are very helpful and tough but they want their players  to be the best of the best. Many students here at Dobie are excited for the new season to come!

Dante Carter, 7th grader, plays football at Dobie Jr High. “I feel great, positive, and hardworking for my team and I will put all my dedication  to make it to the playoffs and championships,” Donte stated during an interview. He loves to play football and is confident that his team will beat the new rivals because Dobie’s team works hard and they’re positive. “ I feel good about our team because  we stand out and we have a lot of leaders on our team.”

He thinks the coaches coach well and dedicate their time to the teams. “I have been playing football since I was three years old and I see my brother working hard everyday and i want to be like him.” Of course when trying out for anything people are nervous but Donte was confident about himself , it all payed off when he made A team.

As most people stated during their interviews he was confident that they were going to dominate this season. He played football last year and had a great time. He has made improvements since last year. Last year he made C team and is happy he got on B team this year.

Javon B, 8th grader, that plays for Dobie Jr High. Javon  made A team and thinks that the key to a good game is “ a good mindset and confidence” he played football last year for Dobie and made team as well. He is happy that he made the same team as last year and says he deserves to be on A team.

Coach Wallrich is thrilled to be coaching for 8th grade C team. He thinks it is a time to improve his players and make them feel good about the season to come! “Most kids think the coaches are mean” Haydon Sepada said he appreciates the coaches’ hard work. “Coach is hard working and loves to help his players be the best of the best!”