Eighty-seven Dobie seventh grade students were recently invited to Duke Tip, a program based on academic achievement. According to Mrs. Ruhd, Dobie counselor, seventh grade students are invited to Duke Tip when they score above a 95th percentile on standard tests, such as the STAAR test. Students then are invited to take the ACT or the SAT college  entrance exam as 7th graders. Duke Tip has also served over 2.8 million talented students, in the grades 4-12. The counselors say they are impressed by the f students who qualify. 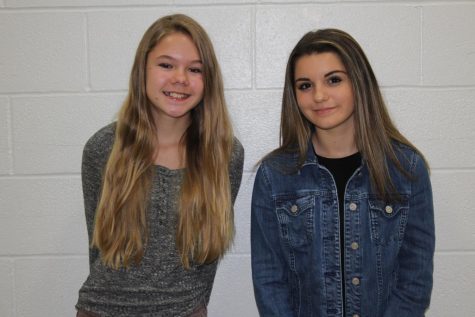 Sarah Lyon, an 8th grader at Dobie Jr. High, said she was invited last year and took her SAT.  “Taking the test was nerve wracking to be honest, because I was next to a bunch of seniors,” she said, adding that she was super exited to be invited into Duke Tip.

Lauren Brochu, a current 7th grader, said that she was shocked that she was invited to Duke Tip because she qualified by having top 5% of the STAAR scores. “They were excited,” she said. “Academics is very important to me because I would love to get an academic scholarship to get into a good college.”

Duke Tip is a nonprofit organization dedicated to serving academically gifted and talented students. The 7th grade Talent Search identifies students who scored above or at the 95th percentile on grade level tests, for example the STAAR test.

“The selected candidates are invited to take the ACT or the SAT college entrance exams as 7th graders, which allows them greater insight into their academic abilities” said Ms. Navarro, a Dobie counselor. “When I got here six years ago it was way more than 87 students who qualified, probably about 150 students,” she said. “I am surprised each year about how many students do not know about Duke.”