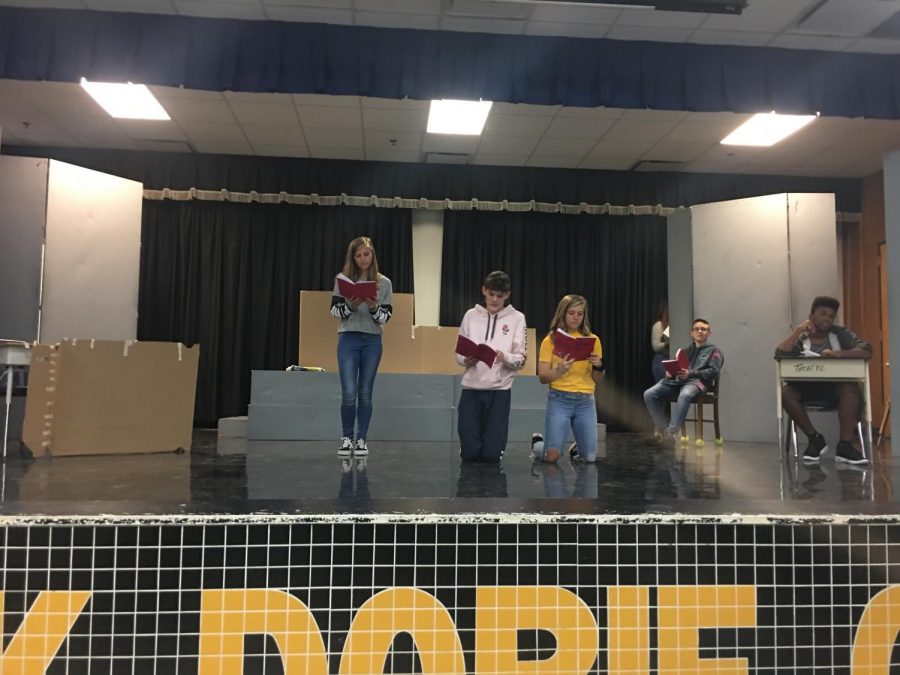 Musical Theater is exciting. The play is December 6 at Dobie. You get to do many things, sing, dance, and have fun! You get closer to the crew and create new friendships/bonds. The lead roles, the judge- prudence and Magill- the reporter pig, are played by Kennen Carlson and Lindsey Martin.

Carlson says,” I love theater  and it is fun, I get to express myself.” He has time for things after school like home work and hanging out with his friends. Martin tried out theater because it seemed fun, and her friend was in it.

Kyle Cannon in 8th grade is an understudy for 3 characters. He sings one song and is comfortable singing it. He  enjoys going to practices because all though it takes up his time he has fun going and still has time to do his homework. Cannon has been in one other play before so he knows how much hard work it takes to be in one plus the nervousness.

“Theater is quite inspirational and I think every one wants to make it happen.” Kylie Hammen 8th grade, is the make up artist. She enjoys doing makeup, but if she messes up she redoes the whole section. For example if she messed up an eye look, she would start the whole eye look over again, but she thinks it won’t take long to do the makeup for the characters.

Before rehearsal  starts you get to do warm ups and read or work on homework. The days for rehearsal are about every day at  four o’clock to five-thirty. What happens is before you go out on stage every one circles up to do their short practice, or warm up, together. After, they grab their scripts and head out to the stage acting out the play and singing. They soon start the choreography which is all kinds of dances.