The Three Little Pigs: The Musical to be performed Dec. 5, 6 and 7 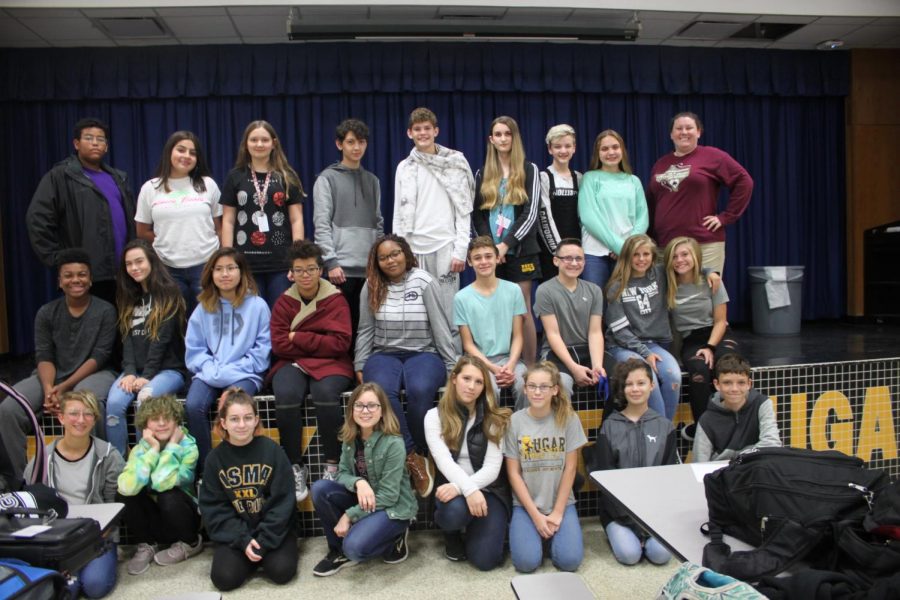 Group photo of the Actors and Crew

Mrs.Chitta’s theater students and Mr. Contreras’ choir students tried out for a Fall musical and the cast and crew has been practicing daily. The show is called The Three Little Pigs: The Musical.

The performances will take place on December 5, 6 and 7.  Mrs. Chitta says that there may even have a show just for the understudies.

The cast has started working since September 17. They have been working non-stop on singing, running lines, and learning choreography. The cast and understudies have been very excited about the musical they will perform at Dobie.

Marquise Hamilton, 8th grader, is the lead in the musical. “I have always wanted to get into acting,” he said, adding that he is kind of excited for opening night. Hamilton says he feels he is working 10 out of 10 with choreography, singing, and running lines and practicing the show. He said  this will be a great experience and a fun experience but also a lot of hard work and dedication.

The crew is responsible for all of the behind-the-scenes stuff. For Example Kimberly Wagner, and 8th grader, is responsible for props she says everything about being a part of the crew makes her happy– tasks like the creating, designing, and buying. When Wagner was asked why she is in the crew and didn’t try out for the acting in the musical she responded with, ”I’m not a good actor but I wanted to be part of the musical.”

The crew also helps with the costumes, lights,sound,publicity, and designing the stage for the actors. They are responsible for making sure the actors are fitted on track with performances and giving constructive critiques when rehearsal is going on.

Rehearsals are almost every day from 4 p. m. -5:30 p.m. Most of the Cast and Crew finish their homework at school so they have more time to rehearse lines and go over choreography.

Overall the cast and crew are both very excited to be part of the musical and can’t wait until opening night.