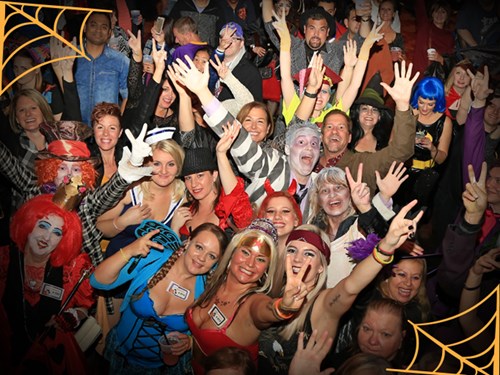 Some people dress up for Halloween and others don’t. Some people go as a superhero, or something scary, and others go as something that they can relate to. What type of costumes do the majority of people here at Dobie Jr High wear on Halloween? We surveyed students, and here are the results.

Colin Howard, an 8th grader, is going as Harry Potter he plans on going with his older sister. He says he is going as Harry Potter because he’s worn it for the past four years, likes Harry Potter, and it’s the only costume he has and doesn’t want to get a new one. He plans on going Trick or Treating. He describes his costume’s personality as a helpful & positive person. According to him he doesn’t plan on making his costume scary, he says his sister is going with him as Michael Yagoobian from “Meet the Robinsons.”

Sade Johnson, an 8th grader, is going to be a cowgirl and she is planning on going trick or treating with her family on Halloween. She wants to be a cowgirl because she thinks that they’re fun and exciting to be. And according to her description of her costume, she says that it will not be a scary costume. “Me and my family will be dressing as our own character on Halloween.” Says Sade.

Maya Gutierrez, an 8th grader, says she’s going to be dressing up with a group of friends . “ I wanted to do the purge theme because I love the movie.“ Gutierrez says that the movie to her wasn’t that scary but the costumes are the scariest thing about the movie.