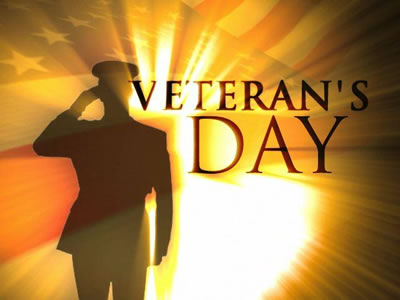 Veterans Day was originated from Armistice Day after World War I. We celebrate this holiday to remember the ones who were brave to fight for freedom for the world and the U.S.

The very deadly war of World War II costed 16 million brave soldiers to fight and defeat Nazi Germany along with its Allies. The war costed a lot and we must remember them for their bravery, honor, and courage towards the American people!

How Veterans Day got its name was from President Dwight D. Eisenhower. He changed it due to the fact that many Americans left their homes to fight in the European Theater or the Asian Theater. We don’t care about the day World War I ended and a holiday by Armistice Day, we care about our people and we must remember them no matter what!!!

Armistice Day came from the treaty that dissolved and completely destroyed the German Empire, Austria-Hungary, Bulgaria, and the Ottoman Empire. They formed the central powers alliance. After hearing what the Germans did by trying to send a message to Mexico, the Americans joined the war in 1917. When the war was over, no one knew that an angry German population would spread havoc and chaos in the next few years…

The military men and women who serve and protect the U.S. come from all walks of life; they are parents, children, grandparents, friends, neighbors, and coworkers, and are an important part of their communities. There are currently about 558,000 Veterans still alive today.

The VA health care system had 54 hospitals in 1930, since then it has expanded to include 171 medical centers; more than 350 outpatient, community, and outreach clinics; 126 nursing home care units; and 35 live-in care facilities for injured or disabled vets.

Veterans Day reminds us of the past to were our ancestors fought with pride and bravery. It’s hard to hold back tears from the fallen. Just know that if your ancestor was a Veteran or fought in the military, they’ll always be with you till the end.