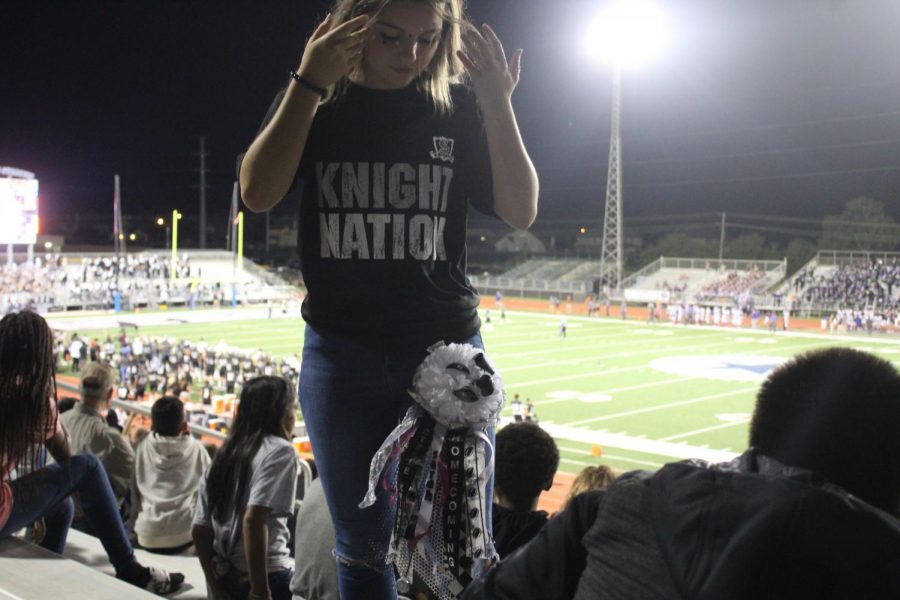 Homecoming is such a fun time to create memories. All around are lots of homecoming proposals, and people dressed up in spirit attire including mums. Homecoming is a high school event, but Dobie students like to join in on the fun.

Dobie students said the homecoming game was good and a fun time to remember. Trinity Rocha, an 8th grade student, said that she thought the game was fun. She said it was fun because she got to hangout with her friends, eat food, and enjoy the game. “I had fun at the game because I got to see my friends and be apart of all the excitement,” said Rocha.

For the homecoming game students were allowed to wear their mums and show spirit. Makayla Madrid, also an 8th grade student, said that the game was good. She said it was fun because she saw her friends and everyone wearing their mums.

The Dobie band also attended at the Steele Homecoming game and performed in front of a huge crowd and it was a good opportunity for them to show off all their hard work from practicing. Madrid said that the band did very good, and she thought it was a good experience for the band because they got to go out in front of hundreds of people and perform.Rocha also had an opinion about the band playing. She said, “They were really good, they performed very well and I enjoyed it.”