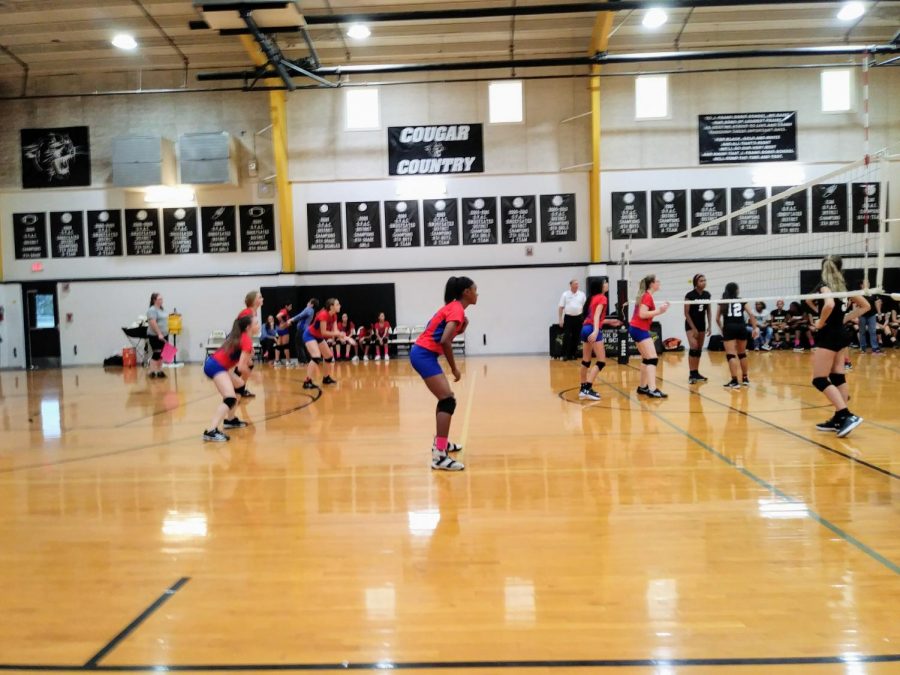 As of October 18th, the Dobie A-team is officially undefeated. The score for the first match was 25-3, and the second match was 25-8. A-Team had to work together to pull out the win they wanted and just doing that they won their whole season.

Even though B-Team lost, the still played tough.The first match they won, then the second match they lost. After two matches they had to play a third and final match to confirm who won the game.The score was 15-13.

Ava Hunter is an 8th grade A-Team volleyball player. Hunter said that what she was hoping to be undefeated. “ If we win, we will be undefeated and get our first banner in eight years, said Hunter.”

Mackenzie Owens is an 8th grade A-Team volleyball player. The thing Owens was looking forward to the most was cheering and hitting. “ I can’t wait until the game because I really love to cheer on our team and getting to hit the volleyball  when i’m on the court playing.” Owens said “ I wore a pink headband for the game to represent for breast cancer awareness month.” Owen’s said.

After a long season both teams played to their best abilities. A team came out undefeated with the first banner in eight years ,and B team won six out of eight of their game Both A and B-team did a good job this year, and we finally got banner after a long eight years.