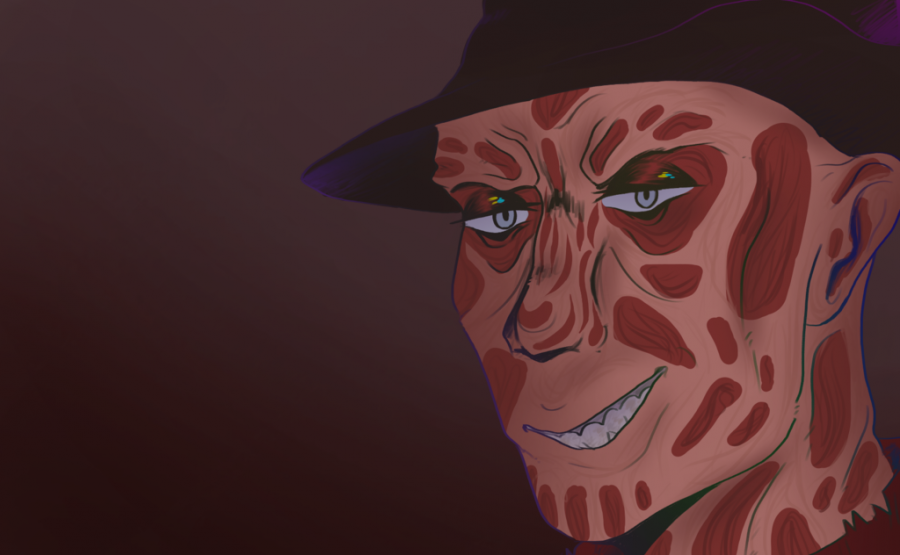 The spirit of Halloween is in the air, and during this twisted month horror movies are a fun pastime that fellow humans from everywhere partake in, and Dobie students are no exception.

Classic horrors movies are like the founding fathers of the horror genre. A Nightmare on Elm Street, Friday the 13th, Halloween, and Scream are just some of the few classics that are still watched today. Some, like Halloween, are getting remakes of the original movie while others stand alone.

Where do horror movies come from anyway? Starting in 1890’s, The first movie was a short, silent film made by Georges Melies, Le Manoir du Diable, or The House of the Devil. Throughout the years, The horror genre has become more and more frightening, especially when it comes to classics.

Here are some of the students favorite classics.

Ryan Maurer, 8th grade, likes to watch horror movies. His favorite, he says is, “Hands down  Friday the 13th.” Ryan likes to watch it because it’s funny to watch and Jason, the antagonist, is scary. The reason it’s amusing is because of the cheap effects. He says, “The first couple movies are pretty boring but after you get past the first three it gets pretty funny.”  If he had to change anything about the movie, however, it would be to make the writing and acting better.

Another 8th grader, Norah McGee, is a fan of The Exorcist. She explains, “ I watched it when I was six and was traumatized. I loved it.” The film is one of the most profitable horror movie ever made. Basically, a girl gets possessed and her worried mother tries to find help. One thing Norah would change if she could would be to add more creepy stuff.

Mya Graham, also in 8th grade, said her favorite classic is The Shining. The story starts with a writer named Jack Torrance staying at an isolated hotel with his wife and son, trying to get over his writers block. Soon he discovers the hotel’s dark secrets and a homicidal maniac bent on terrorizing his family. In reality it’s just Jack going insane from cabin fever and ghosts of the hotel. This is the reason Mya loves the movie because it could happen in real life. The only thing she wishes to change is extending the horror to the beginning and make the film shorter.

Zachary Keefer, once again an 8th grader, says that his favorite favorite classic horror film is The Shining, like Mya. He says, “That was a really good movie.” Zachary doesn’t exactly know why he likes it, but he explains, “I just genuinely like Stephen King movies.” He believes it’s Stephen King’s take on horror as the reason he likes it so much. If he was to change something about the movie, he answers, “How about instead of saying “here’s Johnny” say “here’s Jonathan”.”

Now there is no denial that these particular movies are some of the most popular out of the hundreds of films made. Demonic possession, psychotic killers, all the good stuff that leaves us holding our breaths. We love the intense emotions the films bring out of us and we always come back for more. Though some people hate watching horror, 36 percent of people in general like horror movies. Despite the nightmares [Read: Freddy Krueger] that could come many continue to entertain themselves with the genre of scares.