Students are ready for The 8th grade band knight 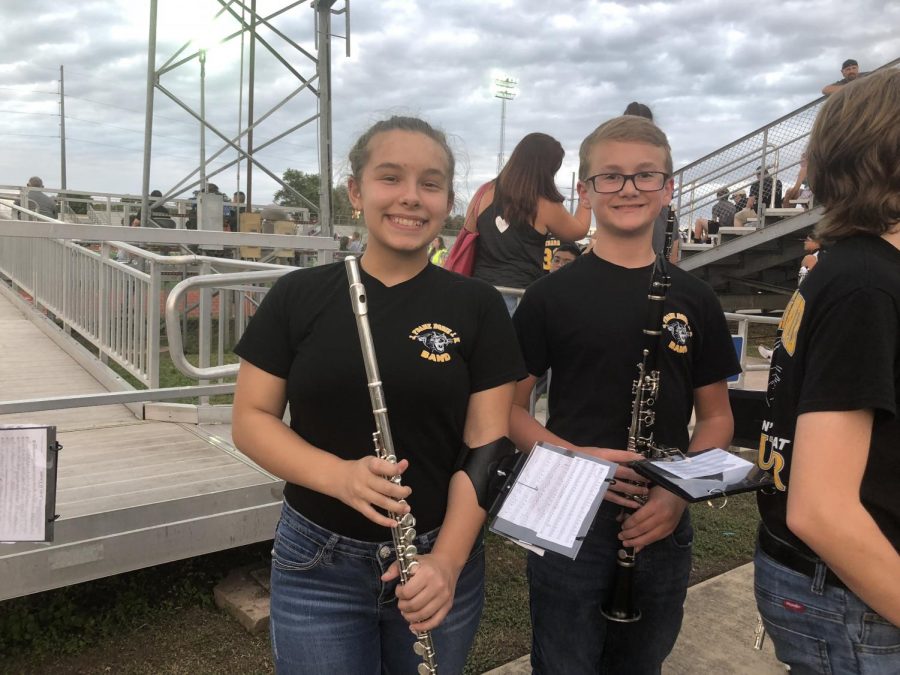 October 12,  2018 was an exciting night for 8th grade band students.They had the chance to play with Steele at a football game where they chose who would be homecoming king and queen.

Corey Hunter, a trombone player in symphonic band, said that he has been playing trombone since 5th grade,but has never played in front of this many people before. Corey said, “I was a little nervous at first, but I had friends to comfort me.”

The band students had been practicing their music for weeks to perfect it for their performance.All 8th grade band students were included, even if they were in beginner band. Dobie students learned the Steele fight song and many more songs that Steele played.

Many of the students were nervous, like Isaac Mokrane. He said that he did not want to attend the game at all. Isaac tried to play as much as he could, but he faked playing the last song they had, which didn’t matter because there was a lot people to distract from the mistakes.

They played the music way faster than students could play. Alexa Salazar said,“I tried my best to keep playing.” She tried to practice as much as she could with her saxophone, but did make few mistakes while playing because it was really different playing with older people.

Overall all the students had fun playing and they said it was a great experience.Eighth grade band night is a great thing to prepare the 8th graders for what is going to happen in high school if they continue band next year.