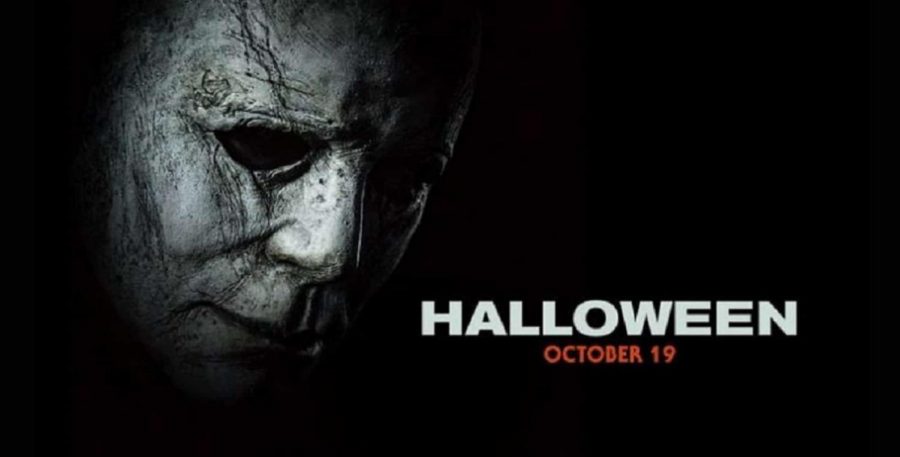 Halloween is a movie about Michael Myers coming back to the town of Haddonfield after 40 years of the attack and is sent to an institution, but manages to escape when he’s transferred to another institution goes badly. Michael is now coming back to his sister Laurie who is ready for him this time and SPOILER ALERT the rest of this article will be from the movie you have been warned. If you don’t want spoilers, please don’t continue reading this article. If you do, however, stay and read the story. And we hope you enjoy it.

The main story starts near Halloween with one of the main characters, Laurie Strode, is ready for Micheal Myers to escape the institute he is in so she can kill him. When Michael escapes, Laurie tries to warn her family about Michael’s escape so they can prepare for Michael’s attacks, but the family thinks she is paranoid and does nothing which gives Michael time for a murder spree and his first victim is a gas station employee and podcasters. He gets his mask and moves toward the town of Haddonfield where he goes to his next victim. His next victim is a kind, old lady and so he kills her with a hammer and acquires his famous kitchen knife used in many other movies.  As we move forward in the movie we are brought to Michael going to a house killing a lot of people until the cops finally catch up to him, but he disappears and somehow the cops find and run him over but unfortunately, a crazy scientist stabs the cops and stuffs Michael in the back seat, but Michael wakes up and kicks the scientist and the car stops, Michael kicks the man to his death, so while that happens Laurie prepares for Michael, but it is too late and he kills the dad with a chain. The dad fires his revolver in the air to warn Karen and Laurie about Michaels’ arrival. Laurie tells Karen to run to the secret basement while she tries to stop Michael from entering the house by locking every door and window. Michael eventually enters the house by breaking a window to unlock the house from the inside. Laurie emerges from her hiding spot and hunts for Michael whos’ in the house. Michael is found in the mannequin room and an epic fight scene happens and throws Laurie over the balcony, but Laurie disappears when Michael looks over the balcony. Allyson finally arrives to hide from Michael but she doesn’t know that he is already inside. Karen hears Allyson’s cries for help so she grabs a gun and runs upstairs to get Allyson down to the basement for protection, but Michael hears Allyson’s cries so he tries to break into the basement by flipping over the counter which doubles as a basement door. When Michael finally flips the counter over Laurie comes out of nowhere and has a melee battle with Michael until she flees. Karen tricks Michael to come out and shoots him and while that happens Laurie comes out of the shadows and says “Happy Halloween Michael” and stabs him with a kitchen knife and makes him angry and pushes Michael down in the basement and activates a trap that blocks him from getting out and lights the house to a blaze. The movie ends with them in the back of a truck with Allyson holding the kitchen knife.

The Halloween movie was fantastic! The classic theme song was redone by the original director and his son. A lot of scenes are recreations of the first movie which we thought was amazing. This movie is only related to the first film so don’t think you need to watch all the other movies.