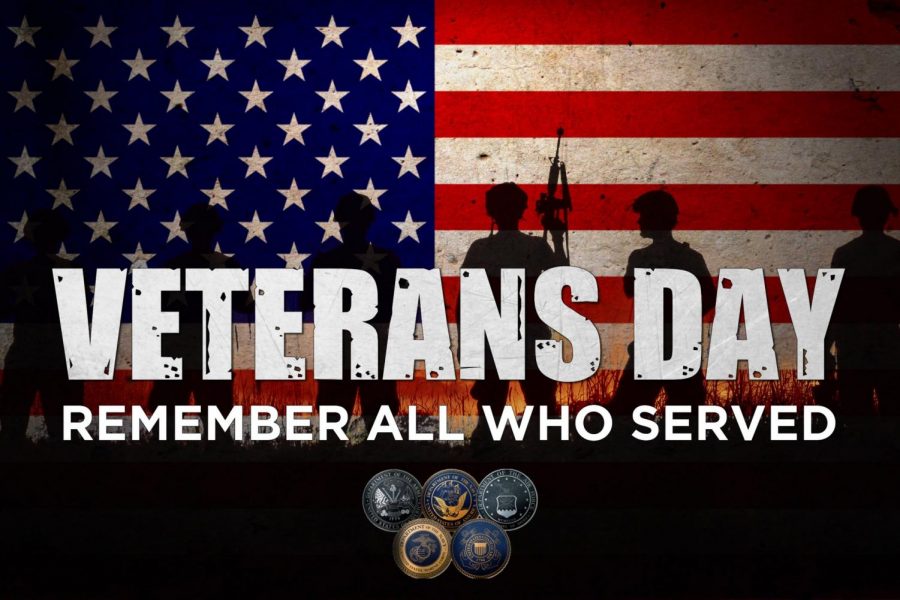 Veterans Day is a very important holiday because it pays tribute to all veterans living or the ones who have passed on defending our freedom that we enjoy today, but it especially pays tribute to the living veterans and gives thanks to those that served during war or peacetime. I think a lot of people take their freedom for granted, but I feel it is very important and we should always appreciate those who served even when it’s not Veterans Day.

When I see a veteran I think how much they have been through and how much they have done for this country.  My grandpa is a veteran and he served during the vietnam War. Serving the country isn’t easy and comes with many challenges, one being Agent Orange. Agent Orange was a powerful herbicide used by U.S. military forces during the Vietnam War to eliminate forest cover and crops the U.S. program sprayed more than 20 million gallons of  Agent Orange, which contained the deadly chemical dioxin, was the most commonly used herbicide. It was later proven to cause serious health issues.

Veterans Day was originally known as “Armistice Day”and it officially became a holiday in 1926, but on June 1,1954 President Dwight D. Eisenhower officially changed Armistice Day to Veterans Day, according to History.com

The cem.va.gov website shared that there are five branches of military Navy, Air Force, Army, Coast Guard, and the Marines.

The United States Army is our largest branch of the military. Its primary mission is land defense during war-time and conflict. During times of war or upheaval, Army troops are stationed at the sites of conflict.

The United States Navy is our nation’s armed services military operations at sea, world-wide. According to the Department of Defense, its focus is maintaining the freedom of the seas, deterring aggression, and achieving victory at war.

The United States Coast Guard policies our border waters and is responsible for law enforcement, protecting our waters, and saving people at sea. In times of war or conflict, this branch is directed by the Navy.

The United States Marine is a component of the Department of the Navy, and it carries out missions on land and sea, world-wide. Marines are responsible for defending Naval bases and ships, guarding U.S. embassies internationally, and assisting in ground combat.