The girls basketball season is back and better 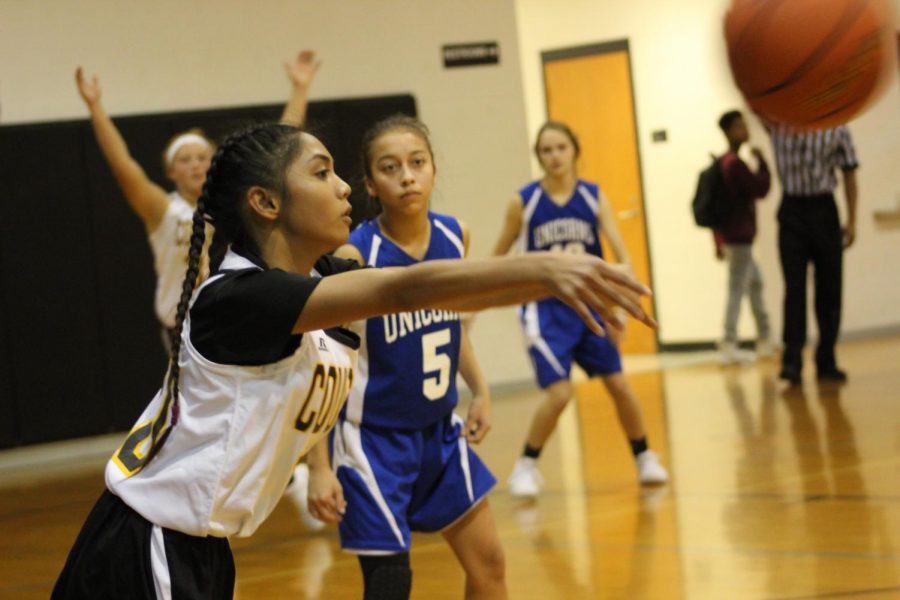 Volleyball season is over and the basketball season for girls has gotten off to a strong start with a big win on their first game.

The first game, on October 25, was a win against Metzger with a score of 81 to 23. Aaliyah Brawley, an 8th grader on the A team, said the team was very happy with their first game. “I felt good. There were some things we still need to work on — like communicating. Some of us were confused on the plays,” Brawley said. “But we still won because we have a lot of talent on the team. Adyson James had 40 plus points by herself.”

Coach Niblett is the head coach and Coach Adams is the assistant coach. The team will play a total of nine games.

As the season arrived faster than everyone expected.

Brawley said try-outs can be stressful for everyone, but she did her best. “I know my strengths and my weaknesses so for try-outs I worked more with my strengths than showing my weaknesses,” said Brawley. “I think the season will go great if we all work as a team and all do what we are supposed to do.”

Samaya White Lightning is an 8th grader that tried out but didn’t make the cut. White Lightning said she had a feeling she wouldn’t make it.  “My mom wanted me to try out. I haven’t played basketball in the longest time, but I feel like it would be fun to try out,” she said.