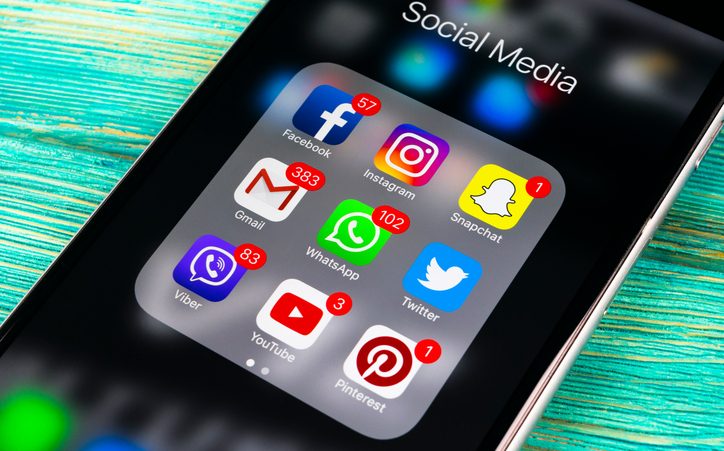 Social Media is an addicting thing, and most of all it’s addicting to the young teenage minds.

I hate to admit it but I doubt that I would be able to give up social media for two weeks. Social Media has simply become a daily routine in mine, and many others, lives. For me I feel that it’s a distraction from the stressful world around me, yet that can result in me forgetting to do homework or other assignments for school.

The Social Media Detox was a challenge found on Good Morning America, ten girls were off of Social Media for two weeks. They state they got more done, better sleep, and saw the world in a new light, instead of staring at the blue light off their phones. The video is found with this link: https://www.goodmorningamerica.com/living/story/10-teen-girls-give-social-media-weeks-fared-58967114?fbclid=IwAR0ePwqSxHTXQqBuriKFVELQvF4vXI8NSfvfsL-ByTqlQfXrEnWLrPcuYkA

As much as I’ve heard on repeat that the phone is the enemy that keeps me up for hours at a time, I don’t believe any of that. I’ve gone days without Social Media and it’s the same routine, just with a more empty hole. Social Media makes me feel a bit better, seeing my friends happy makes me happy, not to mention that I get to talk to them much quicker than I would through regular text messages. I agree maybe I shouldn’t use it as much as I do, which is every chance I get, but it’s easy to get motivated and inspired from what people post.

Social Media is a great thing, yet some people take that and run with it, causing people to think it’s such a horrid thing. I mean, without Social Media we wouldn’t be able to just type into google how to do basically anything and everything.The internet is a great tool, like nothing the world has seen before. So before we talk about how great it would be to wipe off social media, I would say to think about just how much you use it every day. Not only for how much you use it as entertainment, for how much you use it for information, for help, and when you do need a laugh. Social media isn’t the enemy, it’s not going to jump out and attack you it’s the people using it. That’s what teens really need to watch out for when on social media, not social media as a whole.