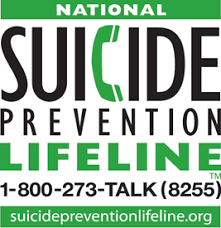 In 2017 according to statistics, 47,143 Americans died because of suicide. In 2017, there were an estimate 1,400,000 suicide attempts. On average, there are 129 suicides per day.” According to, Suicide Statistics, “the different types of abuse that leads to suicide is physical, sexual, verbal/emotional, mental/psychological, financial/economic, cultural/identity.

Teens are dealing with problems at school, in extracurricular activities and at home and they struggle with their emotions when dealing with these challenges.

According to Vox “between 2009 and 2017 the number of high schoolers who complemented suicide reportedly increased by 25%. Deaths by suicide among teens increased by 33 percent in that time period as well. Suicide is the second leading cause of teen death. Teen suicide is still rare. Just 10 out of 100,000 teens ages 15 through 19 die this way.”

Ava Normandan, a 7th grader, says that the end of the school year doesn’t affect her because she doesn’t care. She says she does have challenges in extracurricular activities. “I am a clutz and get hurt a lot in athletics and swin and I get harassed in swim,” said Normandin. It affects her at school and at home because she get grumpy.

Katherine Pruden, an 8th grader, says that the end of the school year affect her mentally and physically cause she gets nervous trying to turn everything in on time, and worrying about grades. It leads her to getting less sleep then she already gets and she doesn’t get time off from getting judge off but that’s what she signed up for. “Band is always nerve wrecking, with solos and ensembles as well as auditions we don’t really get a break from being judged off of my playing. Of course I signed up for it but it’s still super stressful when dealing with 6 other classes,” said Pruden.

Pruden said that extracurricular activities affect the way she acts at home and at school because sometimes they give her a lack of motivation to work on anything when she has to worry about assignments that she has to juggle together on top of a personal life at home.

If you are in crisis, call the toll-free National Suicide Prevention Lifeline at 1-800-273-TALK (8255), available 24 hours a day, 7 days a week. The service is available to anyone. All calls are confidential. http://www.suicidepreventionlifeline.org