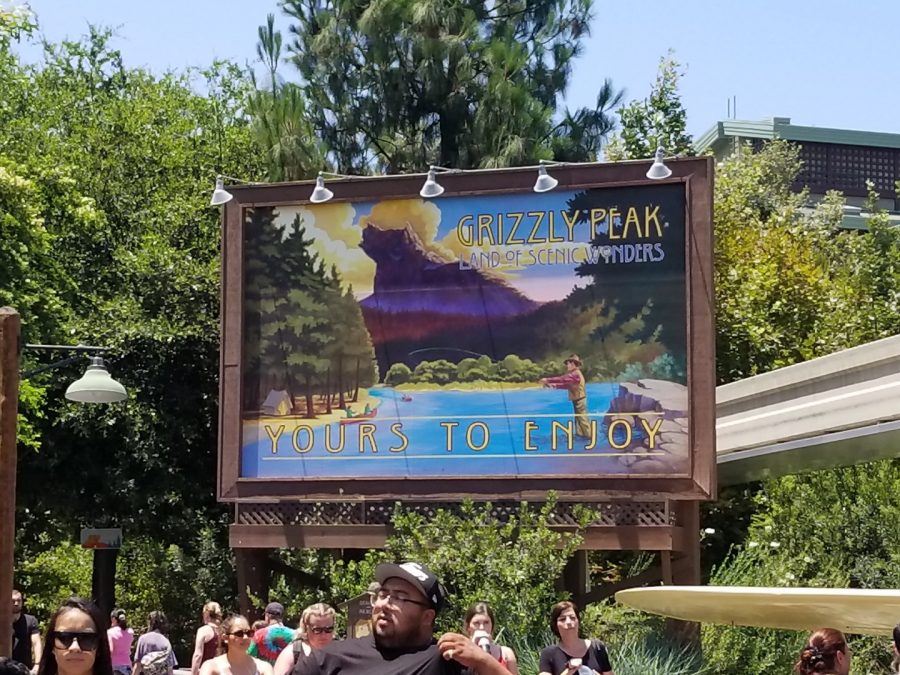 When Isaac Mokrane thinks about what the best day of his life is, he instantly thinks of his five day road trip to Disneyland in Anaheim California. “It was just fun all the way through,” he said.

It all started with a scavenger hunt. There were Mickey Mouse gloves, necklaces and at the very end, a box. Inside the box were tickets to Disney.

Mokrane, who had been spending part of his summer in Arizona with his tias and sister, got to see even more than Disney on his trip. They also went to Universal Studios and California Adventure. “We stayed in a hotel across from the park and left early in the morning to go to California Adventure, one of the parks at the Disneyland resort.” said Mokrane, 8th grader.

The first thing they did was head to the newly built Pixar Pier and spent an hour waiting for the Toy Story Midway Mania and Ariel’s Undersea Adventure.” It was kind of short, but pretty fun,” Mokrane said. He said it was cool watching people on the Incredicoaster zoom by, but  they didn’t get to go on it because the wait time was 3 hours. He also liked seeing the different kind of food and souvenir shops like “Angry Dogs” and “Señor Buzz Churros”.

After that, Isaac headed down to  Grizzly Peak, his favorite area at the park. They were only there for a little while as they only looked at souvenirs and wildlife, got fastpasses for Grizzly River Run and took photos. The group headed down to Cars Land, to ride Radiator Springs Racers and have a little snack/bathroom break. After that, Isaac rode Grizzly River Run. “That was officially my favorite ride at any park ever,” Mokrane said.

The rest of the time was a blur. He did lots of stuff, including eating a giant Jack-Jack cookie and learning how to make sourdough bread. The night ended on a high note, dropping from the top of the Guardians of the Galaxy ride. The day was sadly coming to an end, but he couldn’t wait to go to Disneyland the next day.

Isaac can always look back on this time with his Tias and sister and always remember how much fun it was and how he got to see and experience new things and make new memories with his family.“I feel like we were kind of spoiled, but I still loved the time I spent with my family who I can’t see so often anymore,” said Mokrane.