Borderlands 3: the game we’ve been waiting for 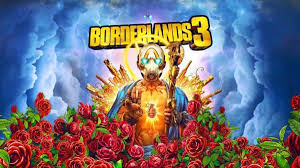 With a release date of September 13th of this year, there is much to expect if it’s we have been waiting for 5 years. According to ComicBook.com  “Borderlands 3 will basically feature every character from the previous games — even Telltale’s spin-off Tales from the Borderlands — but it won’t feature Handsome Jack in any capacity.”

Let’s talk about the PC version of the game. The PC version will be released in April 2020 Unless you buy it on the epic games store (which will have it on the same day as Xbox And PS4). Many are frustrated because they don’t want to download the software just to play the new Borderlands. The previous ones were released on steam which has been around way longer

The game has been advertised as having more than one billion guns in the game. The game will also be replacing the slag element with radiation which will keep the increased damage taking but will also have a damage over time effect.  The new characters in Borderlands 3 are Amara, a siren, Zane, an operative, FL4K, a beastmaster, and Moze, a soldier.

In the past, the Borderlands series has always made a huge impression on the gaming community with its fun style of gameplay, it’s fun storytelling elements and DLC. James Templeton, 7th says his favorite memory was “the first time I played the toruge DLC”. Mr. Toruges Campaign of carnage is DLC for Borderlands 2.

In conclusion, many people have high expectations for Borderlands 3 and it’s DLC. with all the success from the past and the build-up for this game will have all fans excited for this new Borderlands title.