The Best Day of Katherine’s life 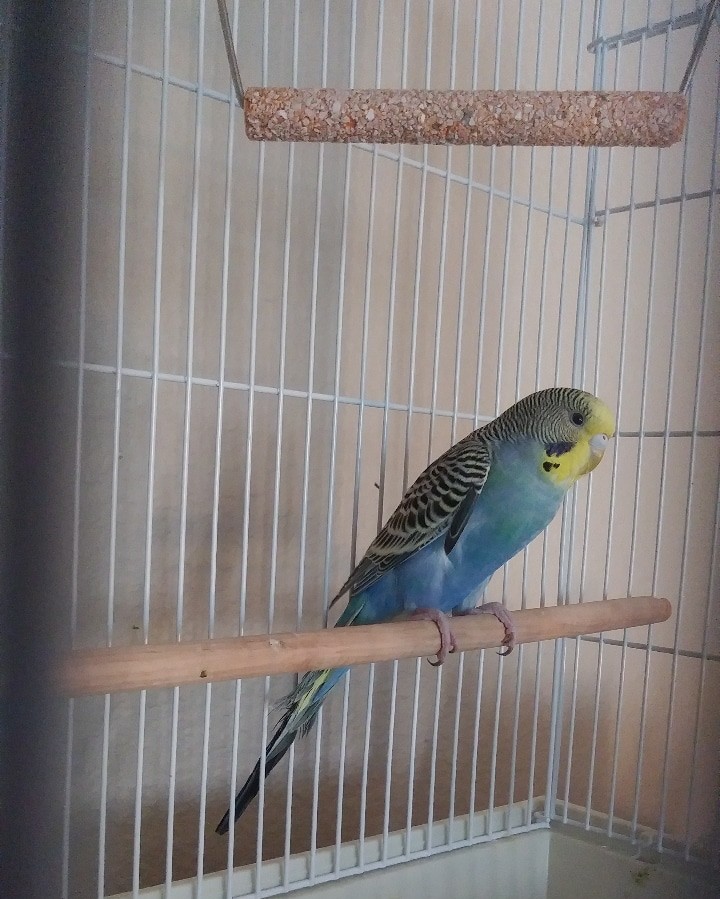 Anyone’s best day of their life could be many things. If someone were to ask you what the best day of your life would be it may be hard to answer. They may answer things like seeing their animal for the first time in years, seeing their parents after being deployed, getting a new phone, or even getting to see a friend after a long time. But for Katherine Pruden the best day of her life was getting her new bird that she named Axel Cole.

For many people having their own animal could be like adding a new addition. Axel, a blue and green parakeet who is a couple months old, became a member or Pruden’s family on March 4th.  “What makes him so special is that he is two types of parakeet and just the fact that he is mine; He’s like my best friend,” said Pruden.

Getting a new animal could even make you feel nervous, because of all the new responsibilities you have to do. Since Pruden got her new bird, her morning and night routines have changed a lot. She now has to make time for cleaning the cage, feeding him, making sure he has water, and even training him. “It was a little difficult to train him at first because he got spooked by my hand,” she said.

There can be many ways to describing what it feels like to get a new animal. For Pruden, it was a desire fulfilled. Katherine has wanted a bird for since she was 10. “I have wanted a bird for years and to finally get one was so astonishing,” she said, adding that she is really happy that she finally got a bird. “Getting a bird wasn’t a surprise, but the day was, if that makes any sense,” she said. Pruden is very thankful that she finally got a bird she has wanted for years, and in the end she wouldn’t change a thing about her bird, Axel Cole.