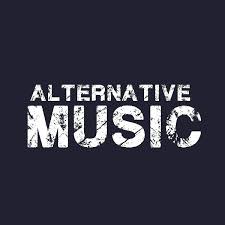 Alternative music was started in the 1980s, but it was different from the music we have today that we consider alternative. Songs like, “Smells Like Teen Spirit” by Nirvana, and “Zombie” by The Cranberries came out in the 90s, which were what shaped alternative into what it is today. Green Day started growing in the 90s, even though they started in the 80s.

1990’s was when the subculture ‘Emo’ sprouted from this genre of music, it even sprouted its own genres of music like “Emocore” and “Emotional pop punk.” Alternative has only become a bigger umbrella term as time goes on, for example now there’s alternative rap which wasn’t around before the 2010s.

So much power is hidden in the lyrics of alternative music, tucked away with guitar and heavy drums, in some cases they’re even hidden within screamed out lyrics. Art is in many forms, but alternative music is emotional and relatable to the underdogs that commonly listen to such music.

Alternative music today is represented by Twenty One Pilots, Panic! At The Disco, Palaye Royale, Billie Eilish, and I Don’t Know How But They Found Me. These listed artist have inspired many for example Nick Melendrez, she says the majority of these artists have inspired her in some way, shape, or form.  Zach Keefer says his favorite alt. artist is Panic! At the Disco because, “Brendon is good at hitting high notes.” He also claimed that most people who listen to Alt. are considered emo.

Alternative music continues to evolve into different forms, it’s very much something that doesn’t have one specific form. There’s so many sub genres that fall under the term “Alternative.” The freedom you have is what makes the music unique, it gives people inspiration to grow and evolve the culture alternative music has.