It’s time for all the summer sports! 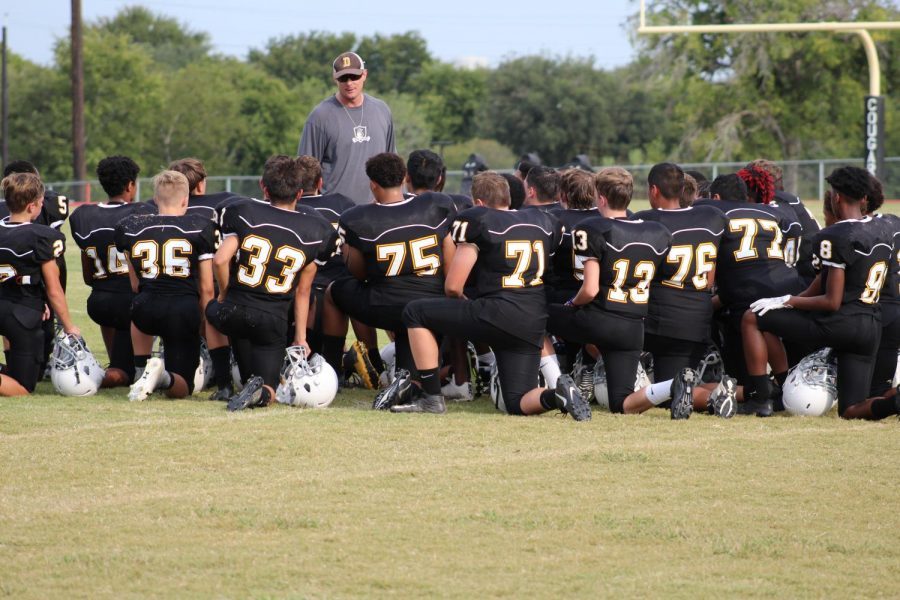 ”My favorite part about volleyball is being able to stay active and getting all you anger out.” says Spencer. Sports are a very big part of many teens life, not only to stay active, but because they love the sport they play. Camryn Wood, 8th grader says “I plan on doing a lot of sport camps this summer.”

Most sports player practice year around, but in winter it’s more challenging because the cold weather. So when summer comes around it’s the perfect opportunity to play sports with the warm weather. This summer Wood plans on going to volleyball, wrestling, and softball camps Steele hosts. As well as Spencer is attending volleyball camp at Steele this summer.

Sports in the summer can be very difficult especially with the extreme Texas heat, but athletes put that aside and focus on pushing themselves through the summer conditions to improve themselves and their skill. “Yes, the heat makes everything harder for me.” says Wood.On the other hand Johnson thinks that practicing in the heat helps him push himself more and become a better athlete.

Besides all the fun to be had playing sports in summer, a lot of athletes prefer playing during season, because they get to play against other teams and be on a team instead of just practicing by themselves. “I rather play during volleyball season because we get to practice more and play more games.” Spencer says. Agreeing with Spencer, Johnson adds “Playing during soccer season is so much better because we get to play more games and it’s the perfect weather.”